Le poème électronique is generally known as the multimedia event presented in the Philips Pavilion at the Brussels World's Fair of 1958. The visual part of the Poème was conceived by the architect and painter Le Corbusier. He was also responsible, in partnership with Iannis Xenakis, for the design of the Philips Pavilion. The musical part consisted of a short electronic piece composed by Xenakis that was played as the public entered the space and an eight-minute electronic work by Edgard Varèse. The entire performance was fully automated.
This book however is not about that performance. From the start Philips had its own idea for a spectacle with colour, light and sound, which was incompatible with the plans of the "bunch of artists" that it had set out with. It was only at a very late stage in the realization that the company disabused them of the belief that their plans would be implemented. In the end Le Corbusier's visual show and Xenakis's musical contribution were wrecked: it was Philips's version of Le poème électronique that was shown at the 1958 World's Fair.
From Harmony to Chaos offers an entirely new reconstruction of Le poème électronique on the basis of an in-depth analysis of Le Corbusier's original scenario. The structure and genesis of the Poème are discussed against the background of the conceptual viewpoints of the three artists concerned. Pivotal in this discussion is Le Corbusier's notion of a synthèse des arts, in this case the synthesis of architecture, the visual arts, film, spoken word and music. For Varèse Le poème électronique represented the moment at the end of his career when he witnessed the realization of a number of his utopian ideas about spatial music. As for Xenakis, the experiment with spatial reproduction formed the basis of aspects of the music that he would go on to compose in the years that followed.

Jan de Heer, architect, is the author of The Architectonic Colour: Polychromy in the Purist Architecture of Le Corbusier.
Kees Tazelaar, composer, is the author of On the Threshold of Beauty: Philips and the Origins of Electronic Music in the Netherlands, 1925-1965. 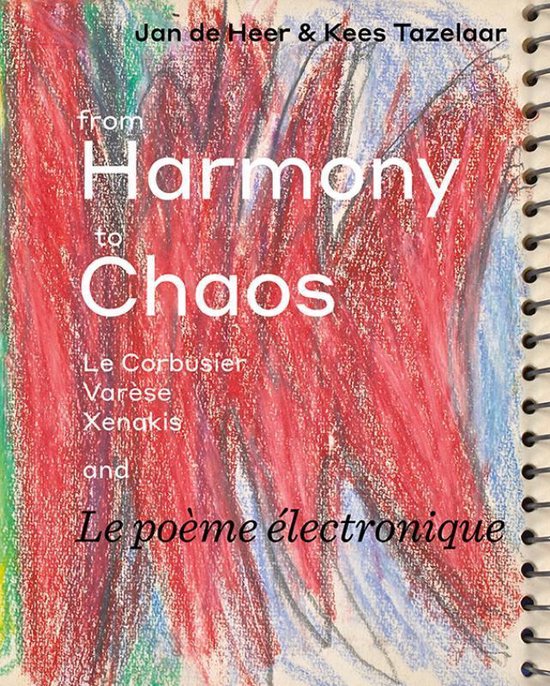