From Here to Coocoocachoo The Search for Yaser Abdel Said: Volume 6 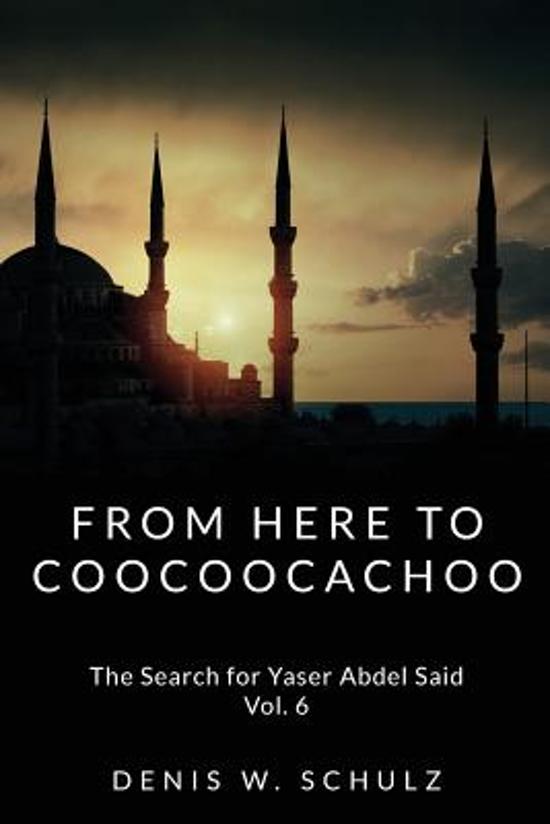 Private detective Bernard Piffy came home in a rowboat, scarcely alive, he had survived the destruction of the Yellow Unterseeboot and he wanted a little time to recover but his boss had other ideas. Terrorists had put fleas from the Prophet’s beard in the headscarf Nancy Pelosi wore when she visited Bashar al-Assad in Damascus in 2007. The fleas were supposedly still alive. Piffy would have to find the scarf and the fleas before they could be let loose on America. If that weren't bad enough his boss, the ten-year-old version of Asma bint Marwan, had lost her halo, the time warp that carried her back and forth from the Netherworld to the present day and her enemies were out to destroy her. Piffy would be locked in a battle to the death with Imams, Jihadis, and jinns that would carry him and his preteen boss from the mortuaries and Abrahamic Societies of Sacramento to the Ayatollah Khomeini Mosque in Coocoocachoo Valley.
Toon meer Toon minder