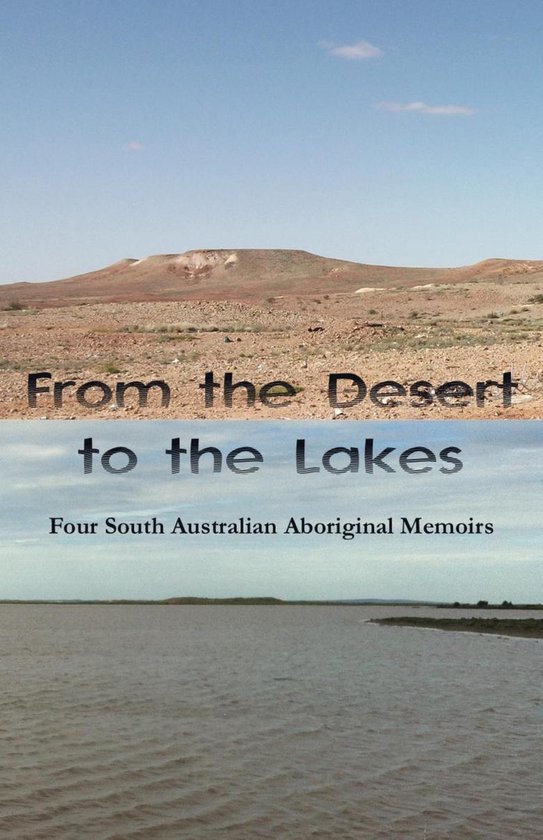 Wendy Harris, Yankunytjatjara: Wendy Harris traces her life journey from her early years as a bush child in South Australia's north-west, from being separated from her beloved blind Kami – Grandmother – to her life in the home, to having her own children taken from her as she was forced out to work, to becoming the Pioneer Bus head waitress when she returned to the now thriving town of Coober Pedy. Wendy's story gives insight into something of the behind the scenes history of South Australia's outback.


Totty (Harriet) Rankine, Ngarrindjeri: Born and raised on Ngarrindjeri land at Point McLeay/Raukkan on South Australia's Lake Alexandrina, Totty Rankine reminisces about an early idyllic way of life, eating bush food and being "a comical kid at school'; about her working years in Woomera and Adelaide and the joys and sorrows of bringing up her own family "on Raukkan' and in the rural town of Murray Bridge. The reader is struck with her humour and the indomitable spirit Aunty Totty inherited from her mother, Annie Rankine MBE.


Audrey Wonga, Antikirinya/Yankunytjatjara: Taken away as a baby from her mother on the vast Anna Creek Station of north-eastern South Australia, Audrey was able to keep contact with her family and eventually move back to spend the rest of her life in her beloved outback. She describes life at Todmorden Station, Coober Pedy, Oodnadatta, Port Augusta and Indulkana (APY Lands) as she adjusted, learned to treasure her heritage, and became a qualified interpreter and eventually chairperson of Umoona Community.


Brian Strangways, Kokatha: "Born out in the open', Brian's early years were with his Kokatha family as they travelled seeking work on the South Australian northern cattle stations. As a teenager, he became Mr Mac's right-hand man on Umeewarra Mission in Port Augusta. As an adult, surviving "somehow' included welding the railway lines in the heat of the Nullarbor and living in the rough and tumble of the SA bush camps. Another great, dry-humoured storyteller; a South Australian survivor indeed.