From Ve Day to the Fulda Gap and New Europe The Policy of U.S. Forces in Germany: Implications for 21st Century Conflict 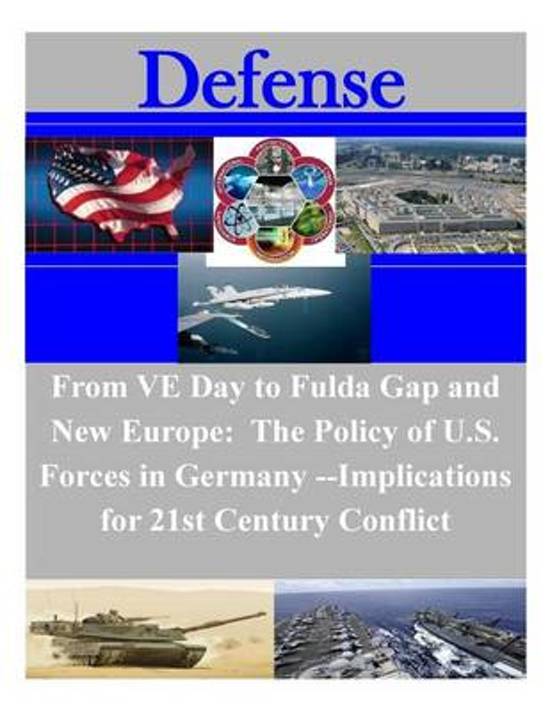 This study examines the sources and character of U.S. policy that have maintained United States military forces in Germany from 1944 until the present, despite the multiform changes of the international political environment and the consistent global restructuring of U.S. troops in these decades. From the moment the decision was taken to transform the occupying forces in West Germany into stationed forces in the late 1940s until 2003 the presence of such forces has been the subject and debate about policy and strategy of remarkable consistency. Despite outward appearances of continuity in U.S. garrisons on the Rhine and Palatine Forest, however, U.S. force reductions in Germany have been discussed and attempted in varying degrees by numerous administrations since the end of the Second World War. This record is less evident to a new generation of men and women charged with thinking about the posture of U.S. forces deployed across the face of the globe, especially in the wake of the upheaval connected with the present decade. The specific aim of this study is to explore the balance between international and domestic pressures; bureaucratic infighting and politics; and the general conditions within what was long West Germany and, later, in a united Germany, that makers of foreign and military policy struggled with and that has led to the maintenance of the U.S. presence in the region. The ability of policy makers to successfully balance these factors in any given time period accounts for the presence of American troops in Germany for more than 60 years.
Toon meer Toon minder