From Windy Ridge to the Flint Hills A Nick Stolter Story 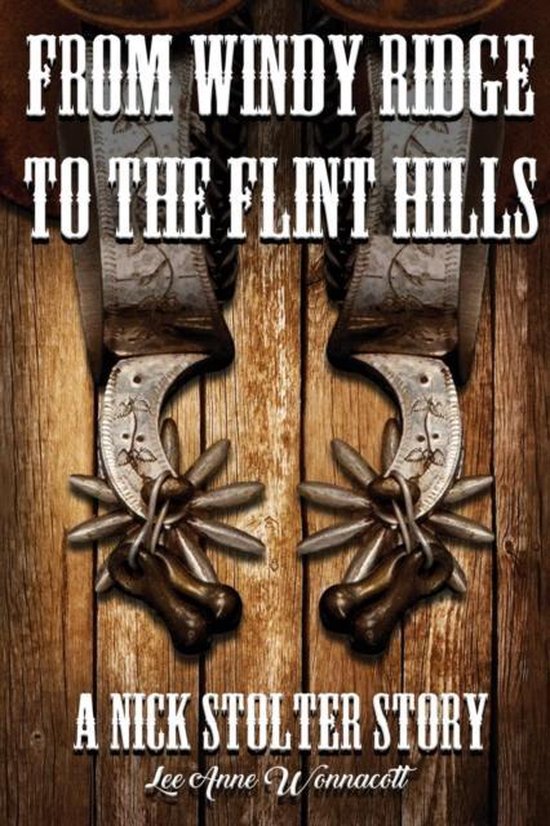 In the Spring of 1860, Kelly Stolter lives with her parents who love her and her younger sister and brother on their horse ranch in Southern California. Her father decides to ride along to Arizona help an old friend out of a tough jam and a month later Kelly's mother dies of pneumonia.

She has no one to trust, no one to turn to. It is her mother's deathbed story of the old family home that ignites curiosity. 120 miles to the south might hold the answers to their problems. Kelly dreams of living with her father and siblings on the horse ranch her mother grew up on.

It is the letter Kelly writes to the attorney that starts the move from Windy Ridge Ranch to the Flint Hills Ranch. Kelly and her sister decide to ride south to see the land and determine if the land is livable. Kelly's brother, Colton remains at Windy Ridge watching for their father's return.

Kelly's good aim and her trusty Colt revolver helps the stagecoach thwart a holdup. It is a close call with evil in a ripped, red plaid shirt. At one rest stop one of the passengers overhears Kelly discussing training championship cutting horses with a local rancher. Kelly cannot put her finger on why she is drawn to the friendly stranger. He disappears in the night when they stop at a hotel to rest.

After nine days in the saddle, they open the gate to the Flint Hills Ranch and to the land and life their mother knew. Guided by the family attorney, Kelly learns bits and pieces of the family history. The deed to the ranch is held in trust. The inheritance funds pay off the bills. They have a new home free and clear. They have found gold in the stream, but nobody can find Kelly's father.

An elderly neighbor woman who knew Kelly's mother as a young girl offers hired hands to move the horse herd to Flint Hills. Kelly learns the value of seasoned cowboys controlling feisty horses on the move south. The children bring their lives to the new home.

Kelly's sister has a fascination with the dozens of books in the old library. Her brother begins sluicing for gold. Trespassers lose their lives trying to intimidate the gutsy family. A letter from a Mississippi attorney reveals the death of their biological grandfather, the charismatic stranger on the stagecoach. Confusion leads to shock and more grief for the small family.

Word reaches the small family that Nick Stolter has been sighted and is on his way home. A letter arrives from her father telling them to make ready. Bruised, bloodied and battered, her father is making a run for home bringing fifteen head, with outlaws on his heels.

A week later, thundering hooves can be heard coming up the road. Colton is perched on the ridge of the bar and his rifle picks off the first robber behind the herd. The corner of her mouth turns up as Kelly's Winchester rifle cracks and the evil red plaid shirt falls dead just inside the gate.

From behind the water trough, her father groans as he holds the bloodied bandage wrapped around his body. Happy tears begin to fall as they help him up and head for the house.
Toon meer Toon minder