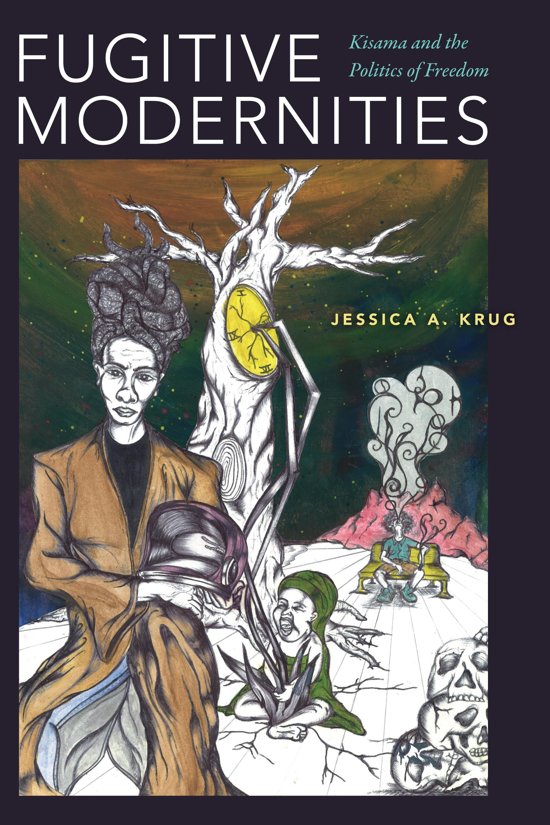 During the early seventeenth century, Kisama emerged in West Central Africa (present-day Angola) as communities and an identity for those fleeing expanding states and the violence of the trans-Atlantic slave trade. The fugitives mounted effective resistance to European colonialism despite—or because of—the absence of centralized authority or a common language. In Fugitive Modernities Jessica A. Krug offers a continent- and century-spanning narrative exploring Kisama's intellectual, political, and social histories. Those who became Kisama forged a transnational reputation for resistance, and by refusing to organize their society around warrior identities, they created viable social and political lives beyond the bounds of states and the ruthless market economy of slavery. Krug follows the idea of Kisama to the Americas, where fugitives in the New Kingdom of Grenada (present-day Colombia) and Brazil used it as a means of articulating politics in fugitive slave communities. By tracing the movement of African ideas, rather than African bodies, Krug models new methods for grappling with politics and the past, while showing how the history of Kisama and its legacy as a global symbol of resistance that has evaded state capture offers essential lessons for those working to build new and just societies.

Fugitives in early modern Africa and America survived the predations of slaving states by harnessing political traditions that would cure the ills caused by concentrated power. Tracing the ideas and actions of black people who built self-governing societies, Jessica A. Krug highlights new possibilities for thinking about collective struggle in a continuous age of rapacious exploitation. In this innovative and ambitious work of history, we can envision a free future outside the custody of state authorities. --Vincent Brown, author of The Reaper's Garden: Death and Power in the World of Atlantic Slavery