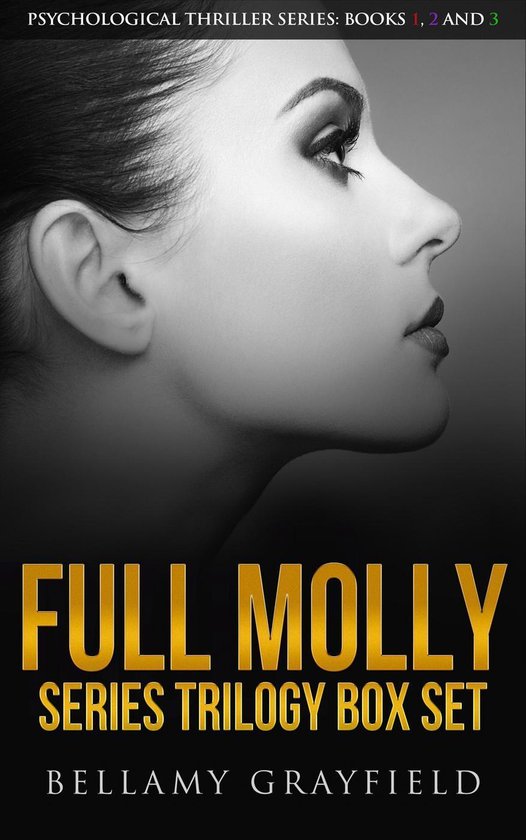 
Sarah Hartley is a single mother living in a small Midwestern town. Her son, Tommy, is the best part of her. She loves him dearly and works to give him everything she never had growing up. One day, when picking Tommy up at his daycare she encounters a woman she's never seen before. The woman, Molly, is seemingly nice and friendly, but when a problem with her son finds her at the receiving end of a 'Mom-zilla's' wrath, Sarah must stand up for her. The two women stick together and become good friends.


One day in a park Molly confesses her past to Sarah, and it only brings them closer. Soon they are sharing life's struggles and evening out the weight of being single mothers. Is this the beginning of a lifelong friendship? It sure looked like it. But Molly's increasingly unpredictable behavior makes Sarah question her motives and wonder who she's really dealing with.


Five years later, Sarah and the boys are just getting their lives back. Living in a quaint West Coast town near Seattle, Washington, the family tries to maintain normality. The boys are now in elementary school and know little of anything about what happened in that Midwest town.


Even after moving to the other side of the country, Sarah feels like Molly is still in her life. With very little support from the police, Sarah decides to take matters into her own hands. With no solid evidence, Sarah must figure out if the threats are real or if they are just in her head. A near constant internal battle ensues leading down a spiraling path to the inevitable.


Will it all end in tears? Or will Sarah conquer her tormentor and save her family?


Join us for the sequel to the captivating book Molly. Follow Sarah as she navigates the dizzying path of reality versus fantasy. Listen as she battles her demons and struggles against all odds.


Sarah Hartley was a single, working-class mother, raising her son, Tommy, happily, working in a bakery, and saving change to take her son south on vacation. That was eight years ago, before she met a deranged serial killer and kidnapper.


After Sarah came to discover that the woman she thought was her friend, who was living under her roof, caring for her son, was not who she said she was, Sarah fought for her life and saved her son and young Leif from being taken by Tamara Klein, a deranged, mentally-ill kidnapper and serial killer who was posing as a suburban single-mom, Molly Johnson.


Five years later, Molly has taken Tommy and Leif from Sarah. The man Sarah thought that she loved was actually Molly's husband, and Sarah's world falls apart. Sarah has been hospitalized for the past three years. Despite the best efforts of Officer Alex Bradley and the Port Orchard, Washington, police, Molly, Noah, Tommy, and Leif have seemingly disappeared without a trace.


Sarah is in a state of near catatonia and complete dissociation, completely broken by having everything she ever loved violently ripped away from her. One day, she receives a letter that completely snaps her out of her catatonic state. Molly is now using the name Marcia and is raising Tommy and Leif somewhere in suburbia under that name. With nothing to lose, Sarah convinces her doctors that she has finally recovered.


Now, she must work with Officer Bradley, who is now a detective, to try to find Molly and rescue her sons. Sarah has no information except for the letter, the assumed first names of Molly and her sons, and the name of a middle school that could be anywhere.