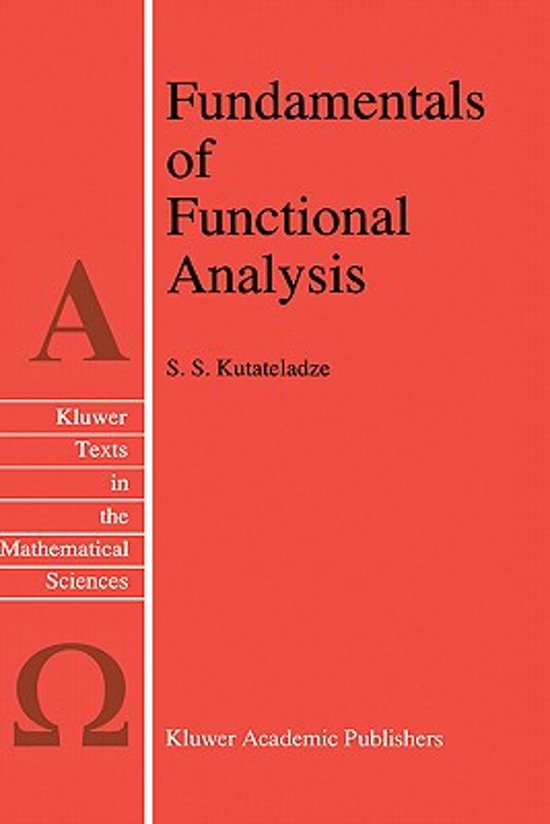 to the English Translation This is a concise guide to basic sections of modern functional analysis. Included are such topics as the principles of Banach and Hilbert spaces, the theory of multinormed and uniform spaces, the Riesz-Dunford holomorphic functional calculus, the Fredholm index theory, convex analysis and duality theory for locally convex spaces. With standard provisos the presentation is self-contained, exposing about a h- dred famous "named" theorems furnished with complete proofs and culminating in the Gelfand-Nalmark-Segal construction for C*-algebras. The first Russian edition was printed by the Siberian Division of "Nauka" P- lishers in 1983. Since then the monograph has served as the standard textbook on functional analysis at the University of Novosibirsk. This volume is translated from the second Russian edition printed by the Sobolev Institute of Mathematics of the Siberian Division of the Russian Academy of Sciences· in 1995. It incorporates new sections on Radon measures, the Schwartz spaces of distributions, and a supplementary list of theoretical exercises and problems. This edition was typeset using AMS-'lEX, the American Mathematical Society's 'lEX system. To clear my conscience completely, I also confess that := stands for the definor, the assignment operator, signifies the end of the proof.
Toon meer Toon minder