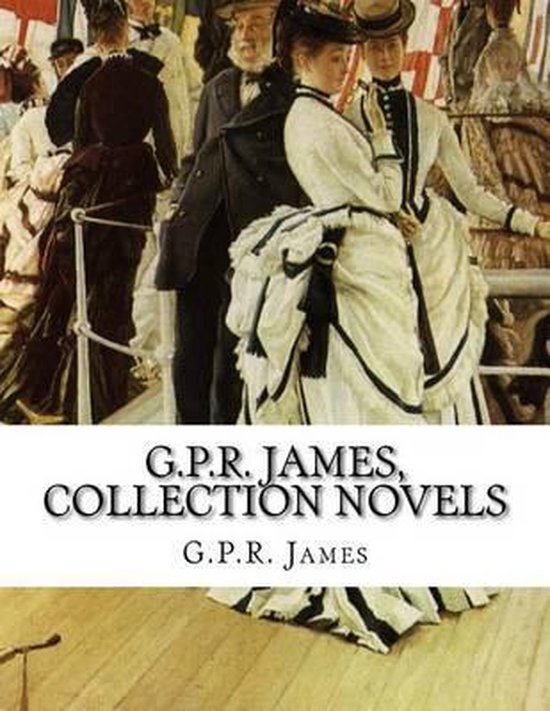 George Payne Rainsford James, Historiographer Royal to King William IV., was born in London in the first year of the nineteenth century, and died at Venice in 1860. His comparatively short life was exceptionally full and active. He was historian, politician and traveller, the reputed author of upwards of a hundred novels, the compiler and editor of nearly half as many volumes of letters, memoirs, and biographies, a poet and a pamphleteer, and, during the last ten years of his life, British Consul successively in Massachusetts, Norfolk (Virginia), and Venice. He was on terms of friendship with most of the eminent men of his day. Scott, on whose style he founded his own, encouraged him to persevere in his career as a novelist; Washington Irving admired him, and Walter Savage Landor composed an epitaph to his memory. He achieved the distinction of being twice burlesqued by Thackeray, and two columns are devoted to an account of him in the new "Dictionary of National Biography." Each generation follows its own gods, and G. P. R. James was, perhaps, too prolific an author to maintain the popularity which made him "in some ways the most successful novelist of his time." But his work bears selection and revival. It possesses the qualities of seriousness and interest; his best historical novels are faithful in setting and free in movement. His narrative is clear, his history conscientious, and his plots are well-conceived. English learning and literature are enriched by the work of this writer, who made vivid every epoch in the world's history by the charm of his romance. In this book: Ticonderoga One in a Thousand Mary of Burgundy De L'Orme.
Toon meer Toon minder