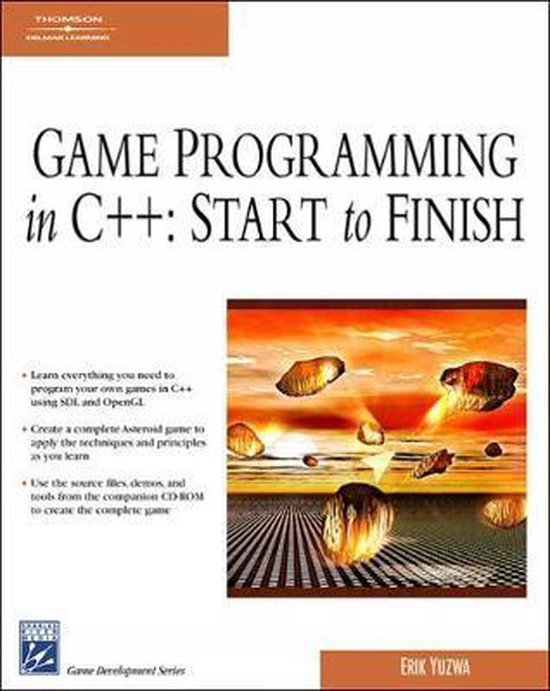 Game Programming in C++: Start to Finish takes current game programming information and filters it down to a practical level for aspiring game developers. The book is written for the hobbyist interested in making their own games, beginning Independent developers interested in starting their own small game company, students, or software developers considering making a transition into the game industry. Throughout the book, programmers work through exercises to build their own complete 3D asteroid game called SuperAsteroidArena. Beginning with engine creation and 3D programming with SDL and OpenGL, the book then moves to animation effects, audio, collision detection, networking, and finalizing the game. A variety of tools are used throughout, including VisualStudio.NET and OpenGL, Paintshop Pro, 3DS max, and the Audacity sound tool. The book does assume an understanding of C/C++ experience and focuses on programming on the Windows platform. The companion CD-ROM includes libraries and tools, including the SDL libraries, trial versions of Paintshop Pro Plus, Audacity, 3D Studio Max 7, InnoSetup, the source code from the book, and the complete game from the book.
Toon meer Toon minder