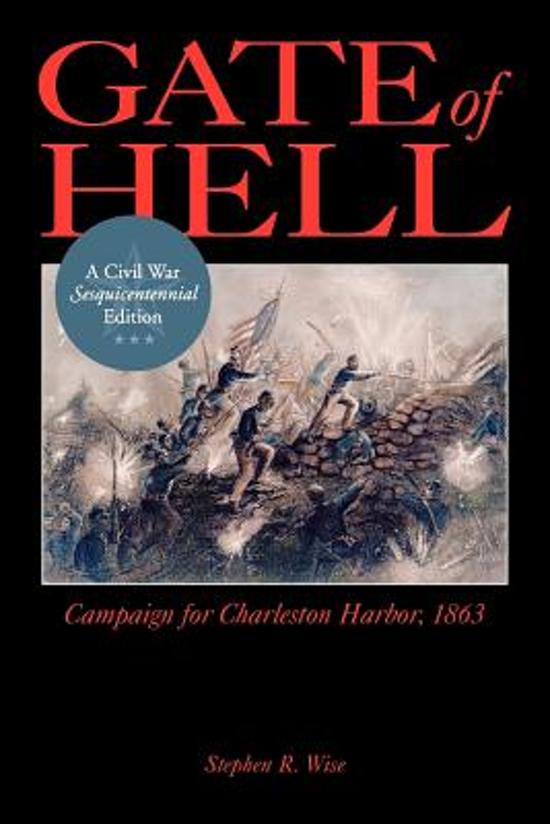 Known for sharply affecting the Civil War's outcome, the Charleston campaign of 1863 included the Battle for Battery Wagner, which featured the African American regiment portrayed in the film Glory as well as Red Cross founder Clara Barton. Stephen R. Wise vividly re-creates the campaign in Gate of Hell, and his retelling of the battle pits not only black against white and North against South but also army against navy. Wise contends that the significance of the campaign extends beyond its outcome, arguing that an understanding of the strategy used at Charleston is vital to understanding the very nature of the Civil War. Lasting almost two months and resulting in thousands of casualties, the campaign began as a joint army-navy operation. Wise continues to follow the campaign through the destruction of Battery Wagner and Fort Sumter to its final days, when the Confederates prevented Union forces from entering the port city. Wise describes the campaign as a major testing ground for African American troops and attributes Lincoln's expansion of African American recruitment to the admirable performance of the 54th Massachusetts. He ultimately concludes that the skill, and in some cases foolish theatrics, of the campaign's leaders determined the course of the campaign.
Toon meer Toon minder

A compelling story that Wise handles with high competence, clarity, and scholarly thoroughness. --Booklist Wise paints a dramatic picture of gruesome, dreary trench warfare; ironclad ships; petty squabbles between commanders; and the heroism of many. Wise captures it all, from the taste of battle to the pounds of shot fired per skirmish. Highly recommended. --Library Journal Demonstrating a careful attention to the realities of battle, Wise has written a lively and authoritative text on this fascinating but little-known campaign. --New York Times Book Review