General Nathanael Greene and the American Revolution in the South 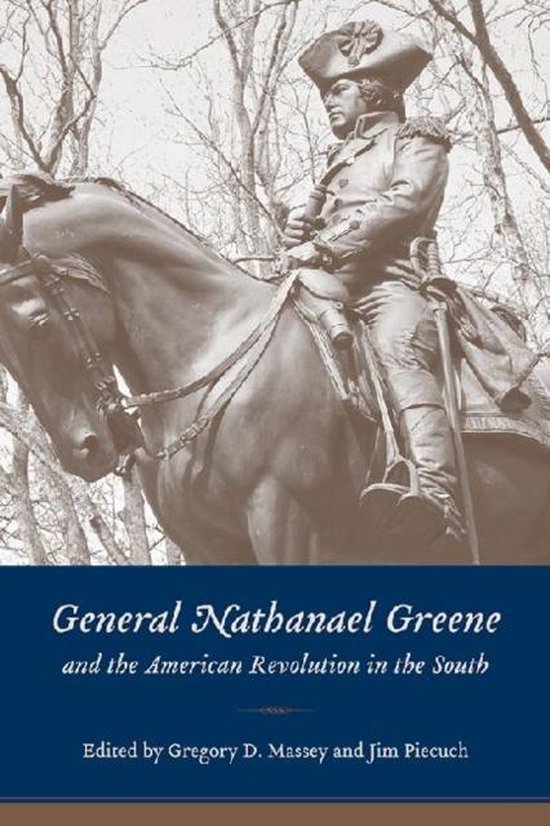 A major general in the Continental Army during the American Revolution, Nathanael Greene has received historical attention as a commander who successfully coordinated the actions of seemingly disparate kinds of soldiers--regular Continental troops, militia men, and partisan guerrillas. He has often been acclaimed as the second most important military figure of the Revolution, behind George Washington. General Nathanael Greene and the American Revolution in the South offers new perspectives on Greene's leadership of Continental troops, his use of the mounted troops of South Carolina partisan leaders Thomas Sumter and Francis Marion, his integration of local militia into his fighting force, and his proposal that slaves be armed and freed in return for their military service. During the first five years of the War of Independence Greene served in the North as General George Washington's most trusted subordinate. Through successes, failures, and hard-earned experience, Greene learned that mobility, logistical support, and effective civil-military relations were crucial components of eighteenth-century warfare, and especially of a successful revolution. He applied these lessons as commander in the Southern Department, where he led one of the most startling turnabouts in American military history, reversing a rigid British occupation and saving American liberty. This collection of essays provides an assessment of the most important period of Greene's military career. Editors Gregory D. Massey and Jim Piecuch have compiled essays from distinguished scholars and written a joint introduction demonstrating how Greene's actions shaped the war in the South and deepening our understanding of Greene's role in winning American independence.
Toon meer Toon minder