George Grant and the Subversion of Modernity Art, Philosophy, Religion, Politics and Education 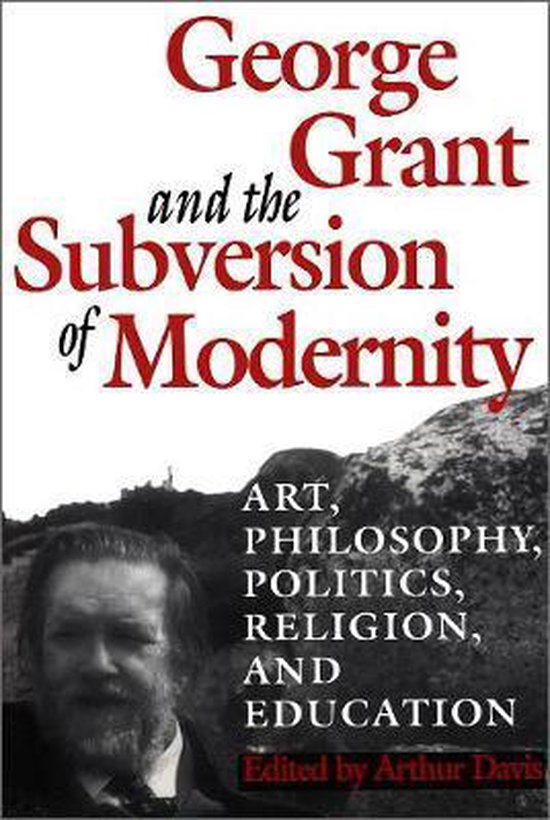 George Grant's mystique as a public philosopher is due in part to the seemingly contradictory political stances he took through the years. His opposition to the Vietnam war and his linking of liberalism with technological progress and imperialism brought him favour among the political left during the 1960s. Then, in the following decade, his opposition to abortion earned him allies on the political right, despite his rejection of limitless capitalist growth and free trade with the US. This collection of original essays reveals the complex philosophic, artistic, and religious sources underlying Grant's public positions of nationalism, pacifism, and conservatism. The collection begins with Grant's previously unpublished writing on C line. This is a bold and vigorous Grant, writing on a topic about which he is passionate and deeply informed. Grant's own work is followed by two pieces that explore his devotion to C line, Nietzsche, Heidegger, Weil, and Strauss also receive special attention here. Many of the essays draw on manuscripts and notes left unpublished by Grant, thus contributing new perspectives to the ongoing discussion of his work. The focus of this book is the unknown George Grant, namely, the philosophic, religious, and artistic inspiration behind his well-known public positions. Here we discover the great modern thinkers who animated Grant, and whose writings occupied him for much of his life.
Toon meer Toon minder