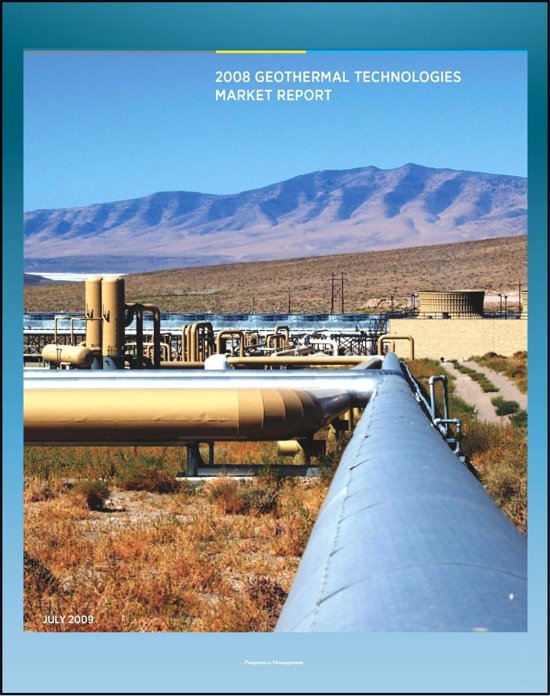 This Department of Energy (DOE) report on the market for geothermal power technologies has been converted for accurate flowing-text ebook format reproduction. While geothermal energy technology has been in development in the United States for over 100 years, national interest in geothermal recently gained momentum as the result of new analysis that suggests massive electricity producing potential. The geothermal industry has also seen unprecedented investment growth following the transition to a new administration and its response to the economic climate through the American Recovery and Reinvestment Act of 2009 (the Recovery Act). While it tends to have a lower profile among the nation's renewable energy resources, geothermal is currently in the midst of a renaissance. In such a rapidly changing market, this report bears particular significance.


Geothermal energy technologies can be broken into four major categories: conventional hydrothermal, low-temperature, EGS, and direct use, including geothermal heat pumps (GHPs). The first three categories generate electricity, while the fourth is used primarily for heating and cooling and hot water production. This report will consider electricity generation technologies separately from direct use technologies due to differences in technology maturity and market characteristics.

This report describes market-wide trends for the geothermal industry throughout 2008 and the beginning of 2009. It begins with an overview of the GTP's involvement with the geothermal industry and recent investment trends for electric generation technologies. The report next describes the current state of geothermal power generation and activity within the United States, costs associated with development, financing trends, an analysis of the levelized cost of energy (LCOE), and a look at the current policy environment. The report also highlights trends regarding direct use of geothermal energy, including GHPs.** The final sections of the report focus on international perspectives, employment and economic benefits from geothermal energy development, and potential incentives in pending national legislation.


Contents: Investment * State of Power Generation & Current Activity in the U.S. * Cost of Development, Operation and Maintenance * National Policy, Geothermal Leasing and Permitting * Direct-Use and GHPs * International Activities * Employment and Economic Benefits of Geothermal Power * Looking Ahead - 2009 and Beyond