Ghost In The Shell Arise: Borders Parts 1 And 2 [DVD] 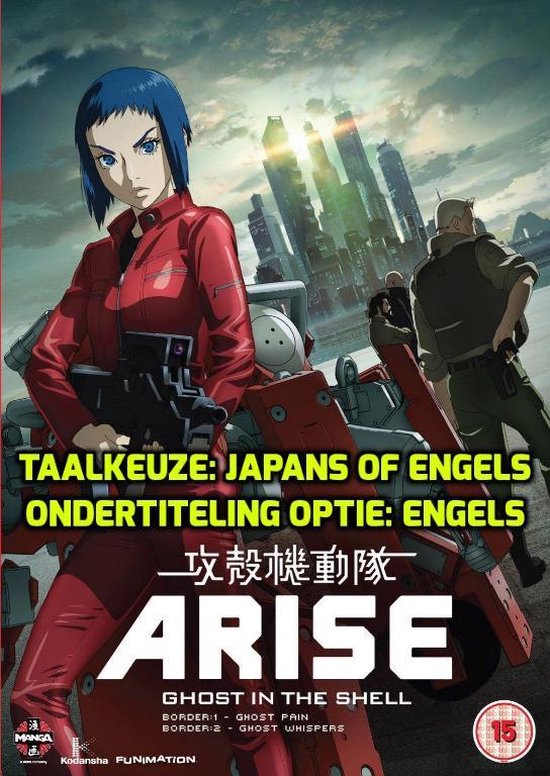 n the year 2027, a year following the end of the non-nuclear World War IV, a bomb has gone off in Newport City, killing a major arms dealer who may have ties with the mysterious 501 Organization. Public Security official Daisuke Aramaki hires full-body cyber prosthesis user and hacker extraordinaire, Motoko Kusanagi, to investigate. On the case with her are "Sleepless Eye" Batou, who believes Kusanagi is a criminal, Niihama Prefecture Detective Togusa who is investigating a series of prostitute murders he believes are related to the incident, and Lieutenant Colonel Kurtz of the 501 Organization who also wishes to keep an eye on Kusanagi.

Freed of her responsibilities with the 501 Organization, Motoko Kusanagi must now learn how to take orders from Aramaki. When unknown forces hack the Logicomas, Batou enlists the help of former army intelligence officer Ishikawa and former air artillery expert Borma. Kusanagi also seeks to enlist ace sniper Saito and undercover cop Paz into the new Public Security Section 9. The two groups rival each other in a case involving a man who receives false memories of a refugee transport operation.
Toon meer Toon minder