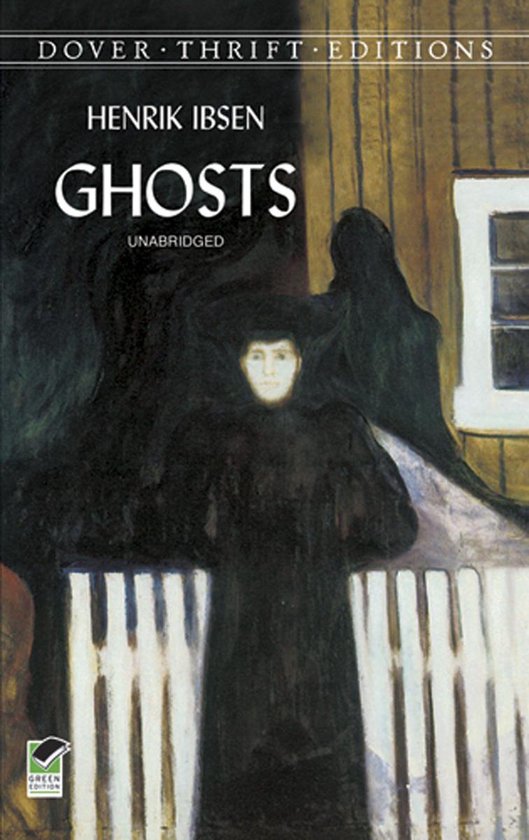 Henrik Ibsen was born at Skien in Norway in 1828. He was one of the earliest writers to dramatise the individual's alienation from society. Although never fully appreciated during his lifetime, he has since come to be recognised as one of the greatest dramatists and the 'Father of Modern Drama'.
Alles van Henrik Ibsen

The innovative dramas of Henrik Ibsen created a sensation among 19th-century audiences with their mordant attacks on social conventions. Among the finest of these ground-breaking works was Ghosts, first performed in 1881. In it, the playwright assailed the hypocrisy of moral codes, offering a daring treatment of such then-taboo issues as infidelity, venereal disease, and illegitimacy. Ibsen substituted the modern scientific idea of heredity for the ancient Greek concept of fate, exposing hidden sins of the past as the roots of corruption.

The sins of the past are at the heart of the play, whose haunted heroine, Mrs. Helen Alving, has accepted her pastor's counsel and endured her husband's many infidelities in silence. Ten years after Alving's death, she is to dedicate an orphanage in his memory. Her son Oswald, kept innocent of his father's profligacy, returns home for the dedication. Oswald's attraction to the housemaid — in reality, his half-sister — conjures up the ghost of his parents' unhappy marriage. This disastrous romance, along with Oswald's increasing symptoms of the venereal disease inherited from his father, force Mrs. Alving to confront her own ''ghosts.''

A powerful and engrossing psychological drama, Ghosts serves as an excellent entrée to Ibsen's other works and helps confirm his status as ''the father of modern drama.''