Given to the Sea 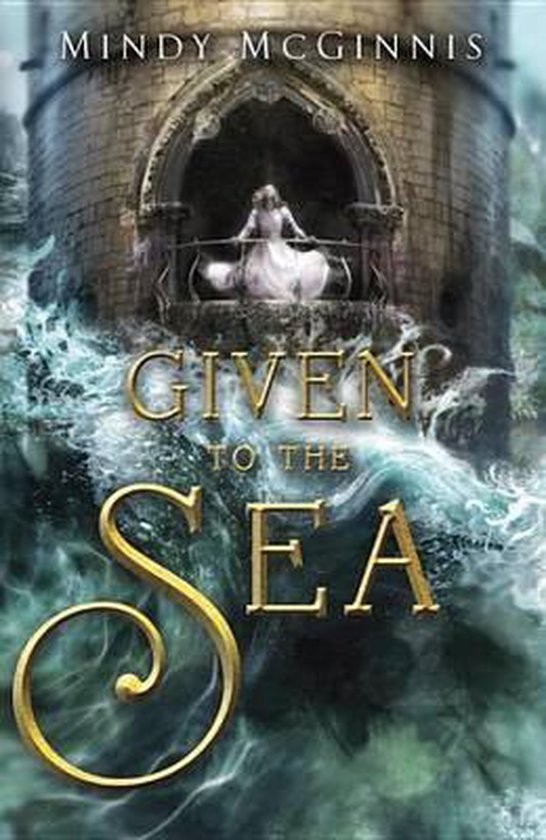 Kings and Queens rise and fall, loyalties collide, and romance blooms in a world where the sea is rising—and cannot be escaped.


Khosa is Given to the Sea, a girl born to be fed to the water, her flesh preventing a wave like the one that destroyed the Kingdom of Stille in days of old. But before she's allowed to dance an uncontrollable twitching of the limbs that will carry her to the shore in a frenzy—she must produce an heir. Yet the thought of human touch sends shudders down her spine that not even the sound of the tide can match.


Vincent is third in line to inherit his throne, royalty in a kingdom where the old linger and the young inherit only boredom. When Khosa arrives without an heir he knows his father will ensure she fulfills her duty, at whatever cost. Torn between protecting the throne he will someday fill, and the girl whose fate is tied to its very existence, Vincent's loyalty is at odds with his heart.


Dara and Donil are the last of the Indiri, a native race whose dwindling magic grows weaker as the island country fades. Animals cease to bear young, creatures of the sea take to the land, and the Pietra—fierce fighters who destroyed the Indiri a generation before—are now marching from their stony shores for the twin's adopted homeland, Stille.


Witt leads the Pietra, their army the only family he has ever known. The stone shores harbor a secret, a growing threat that will envelop the entire land—and he will conquer every speck of soil to ensure the survival of his people.


The tides are turning in Stille, where royals scheme, Pietrans march, and the rising sea calls for its Given.


Praise for* Given to the Sea*:

''Star-crossed love is at the heart of this darkly vivid tale, woven with hypnotic prose and captivatingly intense characters [. . .] Readers will be hypnotized by their relationships as well as the allure of the created world in this first book of the Given duet.''—Romantic Times


''[T]his book isn't just about love triangles (or squares): themes of duty and fate are thickly woven into the fabric of this tale as each character grapples with balancing moral obligation against desire.''—Kirkus Reviews


''Readers willing to look at the larger ensemble cast, the characters' connections, and the subsequent political machinations may appreciate the world building and the disturbing but satisfying ending.''—Bulletin of the Center for Children's Books