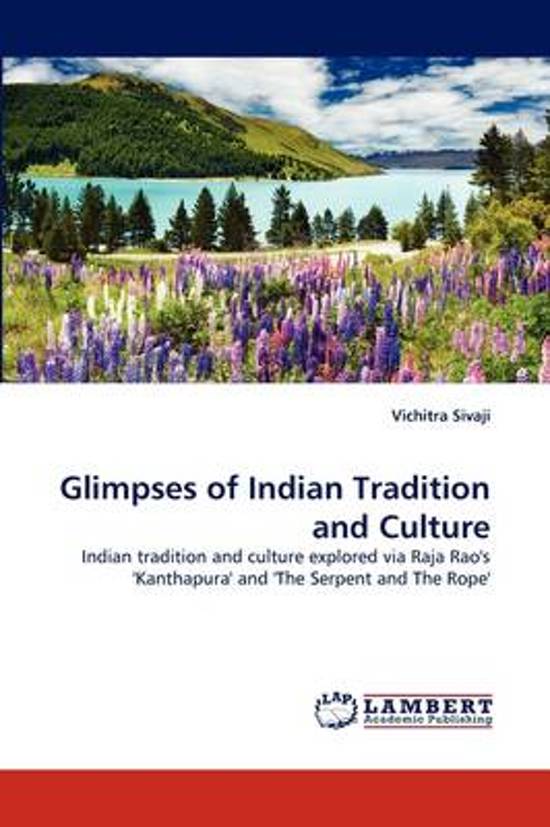 The work explores Indian Tradition and Culture as seen in Raja Rao's 'Kanthapura' and 'The Serpent and the Rope'. 'The Serpent and the Rope', displays tradition and culture through the Indian womenfolk's concept of traditional values, marital status and relationships.The conflict between tradition, culture, modernity and independence between spouses finds itself highlighted in the context of love and marriage. 'Kanthapura' depicts the struggle of a small village of South India in the national movement for Independence. This village is the best example of the tradition and culture of Indian society with its highly sensitive caste hierarchy. People belonging to various communities live in social harmony. Kanthapura depicts ceremonies, rituals, and festivals with the intention of conveying a sense of the naturally united society. Religion and beliefs are conveyed through discourses and pujas, (prayers) these help in keeping alive in the villagers a sense of oneness and the presence of God. They feel that the participation in festive rituals brings about closeness and unity amongst them.
Toon meer Toon minder