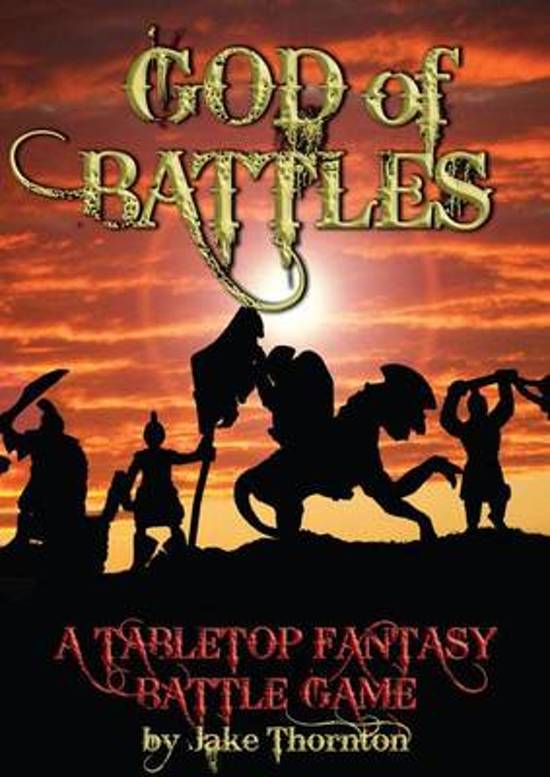 God of Battles is a tabletop fantasy battle game in which players command armies of model soldiers to fight against each other across Arens troubled lands. Ive tried to produce a game that is easy to learn and quick and fun to play, but which offers many tactical options and rewards players skill. If you are new to all this, Ive included some hints and tips throughout the book to help get you started. Have a look at the Scenario section as theres a piece in there about playing your first game, which should point you in the right direction.If you have played tabletop battle games before, you will find some new ideas and a few unusual concepts in this one. They are no more complicated than in other games, less so in fact, theyre just different. Have a game or two with only the Main Force part of your armies to get the hang of it and see what you think. Its hard to judge any game from a quick skim through the rules. Let it come alive on the tabletop!Above all, with God of Battles I designed the type of tabletop battle rules that I always wanted to play, where a group of friends could have a fun and characterful game that tells a good story. I hope you get as many hours of enjoyment from it as I have!
Toon meer Toon minder