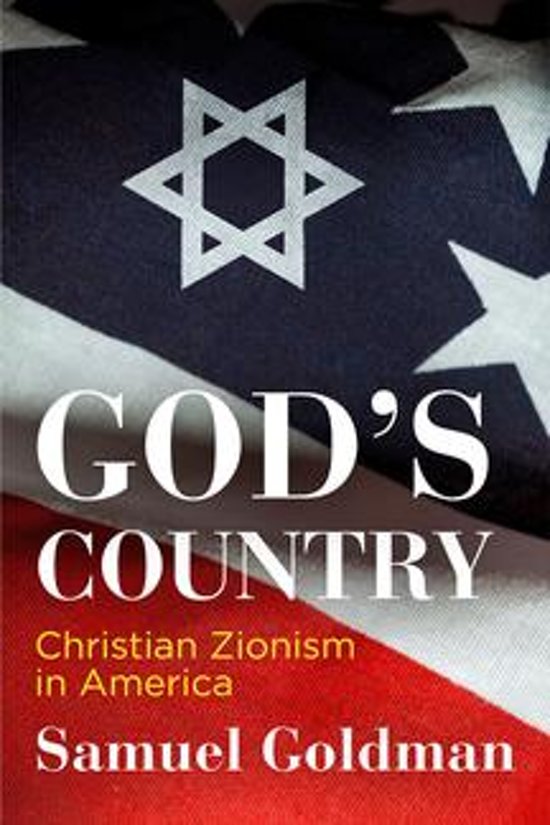 The United States is Israel's closest ally in the world. The fact is undeniable, and undeniably controversial, not least because it so often inspires conspiracy theorizing among those who refuse to believe that the special relationship serves America's strategic interests or places the United States on the right side of Israel's enduring conflict with the Palestinians. Some point to the nefarious influence of a powerful Israel lobby within the halls of Congress. Others detect the hand of evangelical Protestants who fervently support Israel for their own theological reasons. The underlying assumption of all such accounts is that America's support for Israel must flow from a mixture of collusion, manipulation, and ideologically driven foolishness. Samuel Goldman proposes another explanation. The political culture of the United States, he argues, has been marked from the very beginning by a Christian theology that views the American nation as deeply implicated in the historical fate of biblical Israel. God's Country is the first book to tell the complete story of Christian Zionism in American political and religious thought from the Puritans to 9/11. It identifies three sources of American Christian support for a Jewish state: covenant, or the idea of an ongoing relationship between God and the Jewish people; prophecy, or biblical predictions of return to The Promised Land; and cultural affinity, based on shared values and similar institutions. Combining original research with insights from the work of historians of American religion, Goldman crafts a provocative narrative that chronicles Americans' attachment to the State of Israel.
Toon meer Toon minder

This study of the history of pro- and anti-Israel ideas among American Christians from the Colonial period to the present day challenges the stereotypes that often distort discussions of Christian Zionism and offers useful observations about one of the most important political forces in American life. -Foreign Affairs Goldman's book could not be more timely. If you want to understand how the Christian right, once known as anti-Semitic, can now be pro-Zionist, this is the book for you. -Alan Wolfe, Boston College Drawing from an extensive body of literature that spans several disciplines, Samuel Goldman's God's Country describes the religious and political phenomenon of American Christian Zionism in ways that are accessible to scholars, students, and general readers alike. The book is the best overview we have of this complex and timely topic. -Michael Lienesch, University of North Carolina at Chapel Hill Significant and surprising. . . . [God's Country] not only traces the 200 years of scriptural interpretation and evangelical exhortation connecting Adams and Pence but also delves into 200 years of prior British Protestantism that shaped the outlook of the Revolutionary generation. -Commentary A serious and substantial contribution to U.S. intellectual history. Samuel Goldman's careful reading of the relationship between American Protestants and a biblically grounded Zionism not only provides expert understanding of the deeply religious foundation of American Exceptionalism but also forces a reconsideration of the intellectual terrain. -Raymond Haberski, Indiana University-Purdue University Indianapolis [A]n ambitious book . . . a highly readable overview of American Christian thought about Israel from the time of the Puritans to the modern period. -Journal of Church and State God's Country tracks four centuries of a Bible-reading people's thoughts about the people of the Bible. Samuel Goldman tells a fascinating, surprising story. -Richard Brookhiser, author of Founders' Son: A Life of Abraham Lincoln
Toon meer Toon minder