Good News, Bad News The Story of My 20 Years in the Weekly Newspaper Business 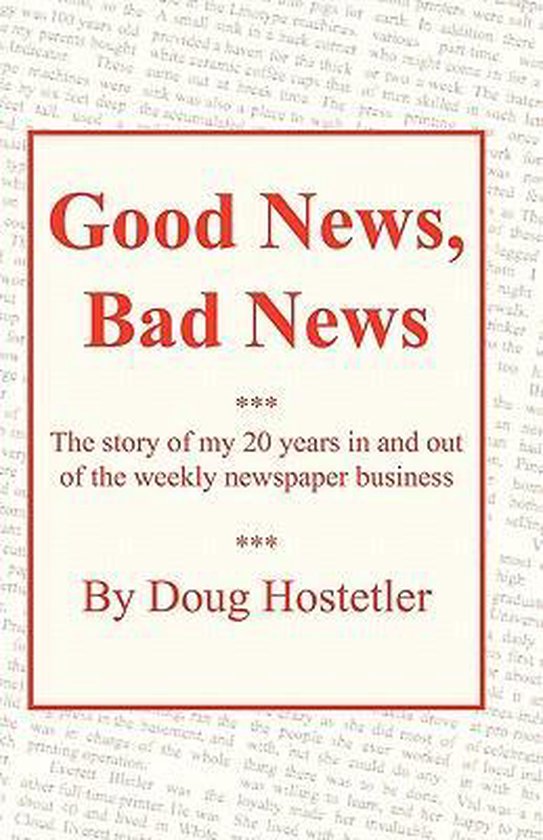 Good News, Bad News is a 300 page memoir recounting 20 years in and out of the weekly newspaper business. The themes that make this work unique - fathers and sons in business, the evolution of the author's weekly newspaper, and the changing way of life in small town America - also bring a universal message of continuity and change between generations. Who are the journalists, and what happened with this American institution - the small town weekly? Who are the people who made up this very traditional town? Who were the successes and failures? How does the editor deal with the rich and the poor, the funny and the scary, the sane and the loony? What were the common hypocrisies and quiet acts of generosity? Who were the giants of American business who grew a Fortune 500 company in tiny Fremont, and why did the surrounding countryside resent them so much? What were the ways of life of those living generation after generation there? The editor is licensed for curiosity and looks for the answers, but his bosses include anyone with enough spare change to buy a paper. The work of the small town editor is fascinating to all. There is a common mythology, but the truth is unknown to most? Few if any books have been written on the subject. This is the inside story, told by the son who grew up in the business, bought the family newspaper, and then sold out. It is a story of conflict between generations and the love that binds them together. It is a fascinating story that reveals much about America and much about fathers and sons.
Toon meer Toon minder