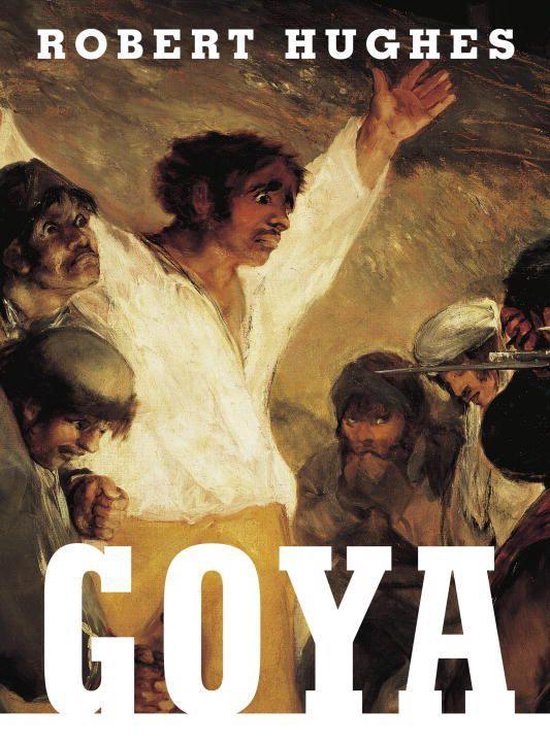 Robert Hughes, who has stunned us with comprehensive works on subjects as sweeping and complex as the history of Australia (The Fatal Shore), the modern art movement (The Shock of the New), the nature of American art (American Visions), and the nature of America itself as seen through its art (The Culture of Complaint), now turns his renowned critical eye to one of art history's most compelling, enigmatic, and important figures, Francisco José de Goya y Lucientes. With characteristic critical fervor and sure-eyed insight, Hughes brings us the story of an artist whose life and work bridged the transition from the eighteenth-century reign of the old masters to the early days of the nineteenth-century moderns.


With his salient passion for the artist and the art, Hughes brings Goya vividly to life through dazzling analysis of a vast breadth of his work. Building upon the historical evidence that exists, Hughes tracks Goya's development, as man and artist, without missing a beat, from the early works commissioned by the Church, through his long, productive, and tempestuous career at court, to the darkly sinister and cryptic work he did at the end of his life.

In a work that is at once interpretive biography and cultural epic, Hughes grounds Goya firmly in the context of his time, taking us on a wild romp through Spanish history; from the brutality and easy violence of street life to the fiery terrors of the Holy Inquisition to the grave realities of war, Hughes shows us in vibrant detail the cultural forces that shaped Goya's work.


Underlying the exhaustive, critical analysis and the rich historical background is Hughes's own intimately personal relationship to his subject. This is a book informed not only by lifelong love and study, but by his own recent experiences of mortality and death. As such this is a uniquely moving and human book; with the same relentless and fearless intelligence he has brought to every subject he has ever tackled, Hughes here transcends biography to bring us a rich and fiercely brave book about art and life, love and rage, impotence and death. This is one genius writing at full capacity about another—and the result is truly spectacular.