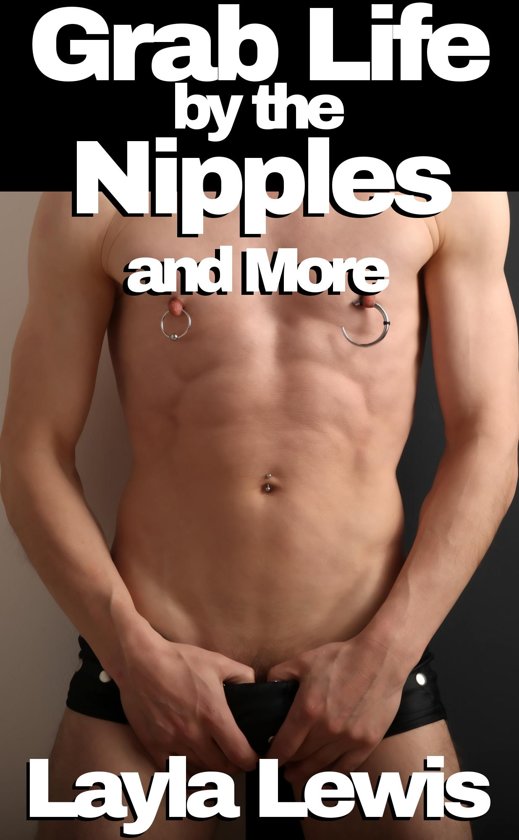 In Grab Life by the Nipples, Haley knows just what to get Alex for his birthday, and it's something quite personalized. After all, who else shares her fetish for piercings? Who else would want to see huge holes cut into her nipples and tunnels large enough to see through shoved in? Turns out the answer is, the piercer who agrees to perform the rather unusual procedure of nipple scalpeling.


Fortunately, Alex and Haley's relationship is an open one, leaving her free to enjoy the handsome muscular man with many tattoos and genital piercings, which she does with aplomb. But when she gets home and shows Alex what she's got, it turns out he's had his own plans all along. Haley has to decide if she'd really willing to give him the "extra" birthday gift that's so unorthodox it gives even her pause.


The threesome's crazy night continues in Roped In, when Haley starts out perfectly willing to continue. But when both Alex and David reveal their darker sides, she begins to doubt whether it's really worth it to her to submit to these men. Yet when the scene gets hot and heavy and the genital piercing starts, will her body succumb to the sheer pleasure of multiple orgasms administered by two sexy men?