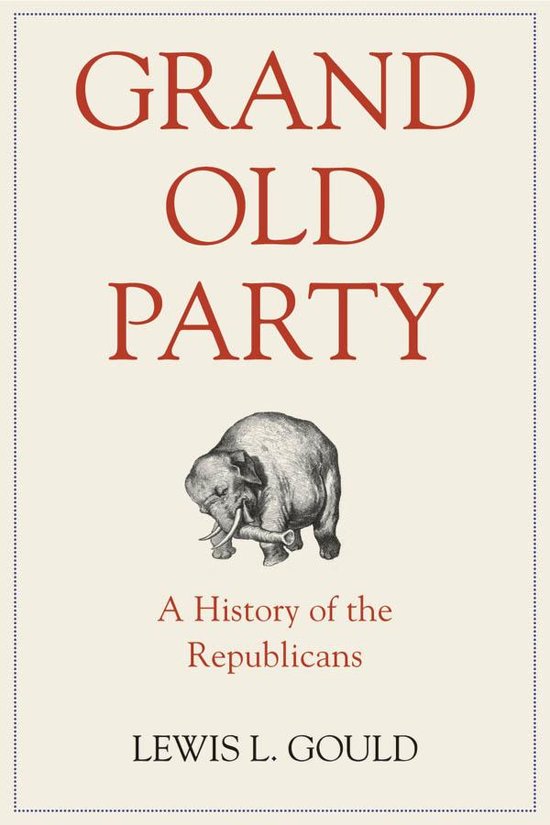 From Abraham Lincoln and the Civil War through the disputed election of George W. Bush and beyond, the Republican Party has been at the dramatic center of American politics for 150 years. In Grand Old Party, the first comprehensive history of the Republicans in 40 years, Lewis L. Gould traces the evolution of the Grand Old Party from its emergence as an antislavery coalition in the 1850s to its current role as the champion of political and social conservatism. Here, Gould brings to life the major figures of Republican history - Lincoln, Theodore Roosevelt, Dwight D. Eisenhower, Richard Nixon, Ronald Reagan, and George W. Bush-and uncovers a wealth of fascinating anecdotes about Republicans, from ''the Plumed Knight,'' James G. Blaine, in the 1880s, to Barry Goldwater in the 1960s, to Newt Gingrich in the 1990s. Gould also uncovers the historical forces and issues that have made the Republicans what they are: the crusade against slavery, the rise of big business, the Cold War, and opposition to the power of the federal government. Based on Gould's research in the papers of leading Republicans and his wide reading in the party's history, Grand Old Party is a book that will outlast the noisy tumult of today's partisan debates and endure as a definitive treatment of how the Republicans have shaped the way Americans live together in a democracy. Written with balance and keen insight, Grand Old Party is required reading for anyone interested in American politics, especially as Americans gear up for the 2012 presidential election. Republicans, Democrats, and independents alike will find their understanding of national politics deepened and enriched by this invaluable guide to the unfolding saga of American politics.