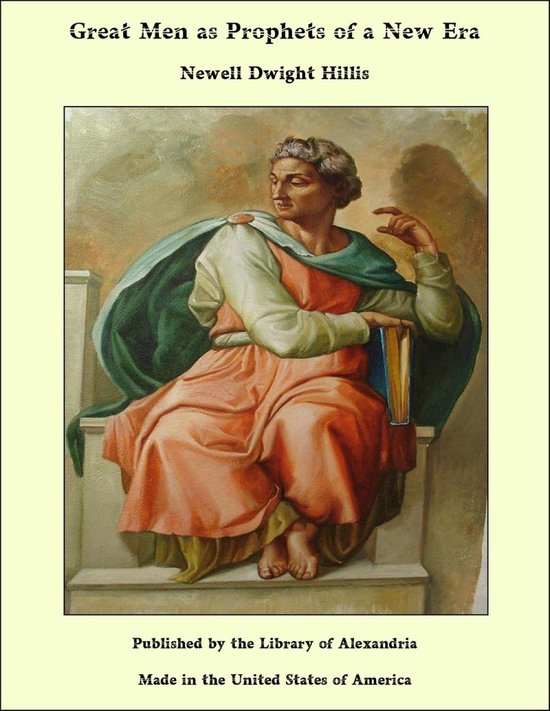 All scholars are agreed as to the classes of men who build the State. There are the soldiers who keep the State in liberty, the physicians who keep the State in health, the teachers who sow the land with wisdom and knowledge, the farmers and merchants who feed and clothe the people, the prophets who keep the visions burning, and the poets who inspire and fertilize the soul of the race. But in every age and clime, the poet has been the real builder of his city and country. The only kind of work that lives forever is the work of the poet. Parthenons and cathedrals crumble, tools rust, bridges decay, bronzes melt, but the truth, put in artistic work, survives war, flood, fire, and the tooth of time itself. "The poet's power," said George William Curtis, "is not dramatic, obvious, imposing, immediate, like that of the statesman, the warrior and the inventor. But it is as deep and as strong and abiding. The soldier fights for his native land, but the poet makes it worth fighting for. The statesman enlarges liberty, but the poet fosters that love in the heart of the citizen. The inventor multiplies the conveniences of life, but the poet makes the life itself worth living. We cannot find out the secret of his power. Until we know why the rose is sweet, or the dewdrop pure, or the rainbow beautiful, we cannot know why the poet is the best benefactor of humanity. But we know that the poet is the harmonizer, strengthener and consoler, and that the inexpressible mystery of Divine Love and purpose has been best breathed in parable and poem." By common consent the three great poets of the world are Homer, Dante and Shakespeare; and of the three, the two supreme names are Dante and Shakespeare. After six centuries, what Hallam said nearly a hundred years ago still holds true: "Dante's orbit is his own, and the track of his wheels can never be confounded with that of any rival." Dante was the greatest man of his country, he wrote the greatest book of his era, he started the greatest intellectual movement of any age or time. The influence of his thinking upon the people of Italy, the Italy of his own day and of succeeding generations, is one of the marvels of history. He was the interpreter of his age to itself; but he was also the interpreter of man to all ages. Some names there are whose light shines brightly for a brief time, after the fashion of the falling stars, but Dante's emblem is the sun, whose going forth is unto the ends of the earth, and whose shining brings universal summer. Dante has been well-called the "Morning Star of the Renaissance." He was born at the end of, perhaps, the darkest period in history,—the five black centuries succeeding the fall of Rome; he lived to see the first fruits of his own sowing—that wonderful rebirth of art and culture which was to culminate, two hundred years later, in the canvases of Raphael and the sculptures of Michael Angelo. It has been beautifully said that before singing his song Dante had to invent his harp. No graceful phrase ever had a sounder kernel of truth. Great poets are more than great artists in language; they create languages, and Dante, like his two great compeers, Homer and Shakespeare, moulded and shaped the tongue for future generations. He began his career at a moment when the Latin tongue was dying and the Italian language was still waiting to be born. He took the vulgar speech of his own day and gave it colour and richness, form and substance, eternal dignity and beauty. What Homer did for the Greek language, what King Alfred's Bible did for English literature, that, and more, did Dante for the Italian tongue. The influence of his thinking upon the people of Italy is indicated by the fact that The Divine Comedy was printed three times in the one year of 1472, nine times before the fifteenth century ended, and, to-day, there are literally thousands of volumes in the libraries of the world upon Dante and his poems.