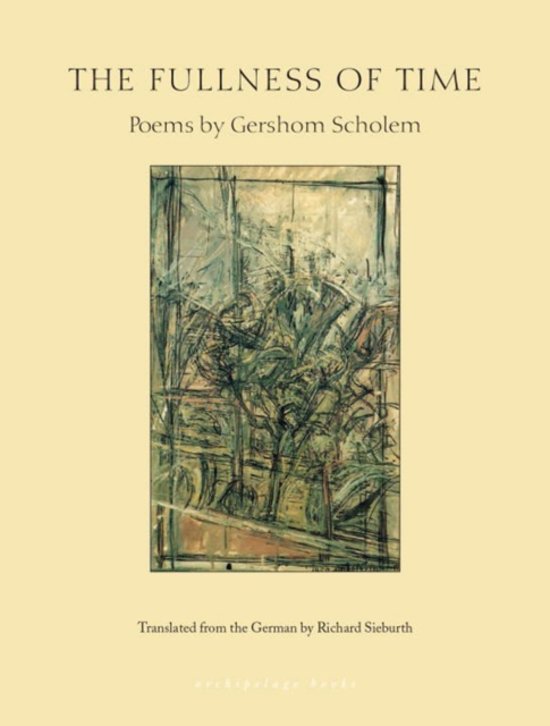 A bilingual collection of poetry from pioneering scholar in Kabbalah and Jewish Mysticism, Gershom Scholem.

With this volume, Scholem's work reaches beyond the confines of the academy and enters a literary dialogue with writers and philosophers like Walter Benjamin and Hans Jonas.

Gershom Scholem's Greetings From Angelus contains dark, lucid political poems about Zionism and assimilation, parodies of German and Jewish philosophers, and poems to writers and friends such as Walter Benjamin, Hans Jonas, Ingeborg Bachmann, S. Y. Agnon, among others. The earliest poems in this volume begin in 1915 and extend to 1967, revealing how poetry played a formative role in Scholem's early life and career. This collection is translated by Richard Sieburth, who comments, ''Scholem's acts of poetry still speak to us (and against us) to this very day, simultaneously grounded as they are in the impossibly eternal and profoundly occasional.'' The volume is edited and introduced by Steven M. Wasserstrom, who carefully situates the poems in Scholem's historical, biographical, and theological landscape.

One of the greatest scholars of the twentieth century, Gershom Scholem virtually created the subject of Kabbalah and Jewish mysticism. Literature played a crucial role in his life, especially in his formative years. This bilingual volume contains his dark, shockingly prescient poems about Zionism, his parodies of German and Jewish philosophers, and poems to other writers, notably a series of powerful lyrics addressed over the course of years to his closest and oldest friend, Walter Benjamin.

Translator Richard Sieburth comments, "Scholem's acts of poetry still speak to us (and against us) to this very day, grounded as they are in the impossibly eternal and profoundly occasional."
Toon meer Toon minder