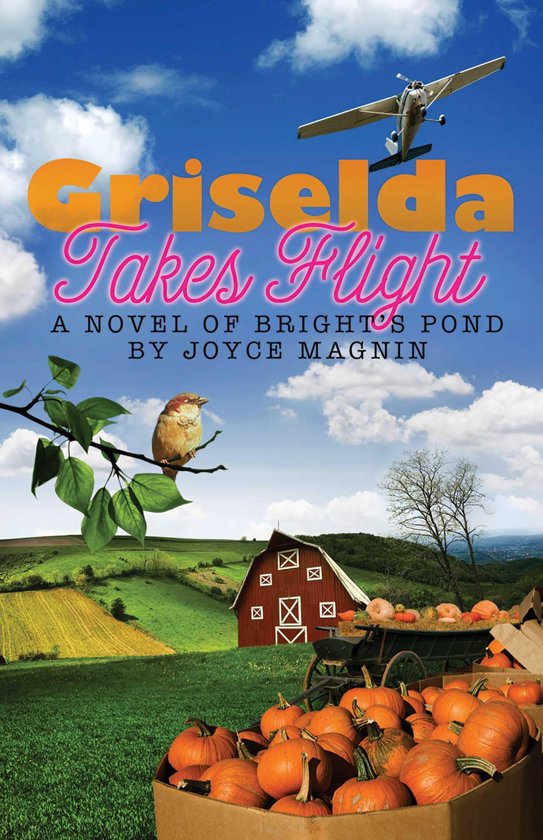 Welcome back to Bright’s Pond. Now that her morbidly obese sister, Agnes Sparrow, is comfortably dieting at the Greenbrier Nursing home, Griselda has time to fly—literally. A pilot makes an emergency landing on Hector’s Hill and creates quite a ruckus in the otherwise sleepy town of Bright’s Pond. Griselda becomes enamored with Cliff Cardwell and his airplane, a 1952 Cesna Beachpiper and takes him up on his offer of flying lessons. This after Zeb Sewickey has proposed marriage. Griselda has not given him her answer.


Meanwhile, Stella Hughes Kincaid receives word that her estranged brother, Walter, is in a coma at Greenbrier. Griselda and Agnes convince Stella to see him. On her first visit she meets Gilda Saucer who claims to be Walter’s fiancée. Stella smells a rat and upon further investigation discovers that Walter had recently become a millionaire thanks to the PA state lottery. Stella, Griselda, and pretty much everyone in town jump to the conclusion that Gilda is a gold digger.


Stella and Griselda confront the woman who vehemently denies the accusation and pledges her sincere love for Walter. She is still suspicious, but Stella backs off. When Bright’s Pond Chief of Police, Mildred Blessing, digs up the news that Stella is married to a two-bit con man, Cliff Cardwell (the pilot) from Binghamton, NY, Gilda and the cute but lying flight instructor are chased from Greenbrier by several cane-wielding Greenbrier residents and Agnes. They are arrested on bunko charges.


Miracles still happen occasionally in Bright’s Pond; Walter awakens from his coma. He and Stella are reunited, Griselda gives Zeb her answer—no—and is last seen flying loop-de-loops over Hector’s Hill.