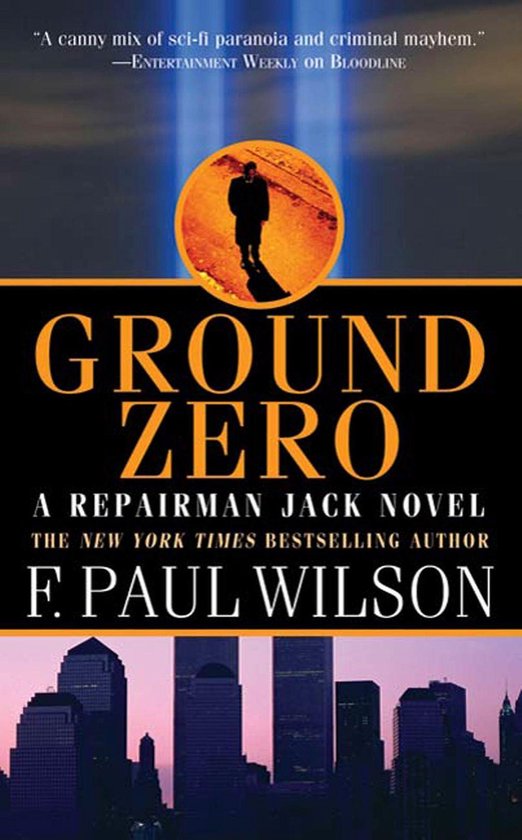 Jack finds the secret behind 9/11 in the new dark thriller in the bestselling Repairman Jack series from F. Paul Wilson, Ground Zero


On September 11, 2001, a man drifts in a boat off lower Manhattan as the towers burn. He removes a small box from his pocket and presses a button. As he waits for the south tower to collapse, he thinks: The vast majority will blame the collapse on the crazy Arabs who hijacked the planes and the Islamic extremists who funded them—the obvious choice. A few will notice inconsistencies and point fingers elsewhere, blaming the government or Big Oil or some other powerful but faceless entity. No one—absolutely no one—will guess the truth behind the who and why of this day.


Years later, someone does. Repairman Jack's childhood friend, Weezy Connell (the genius girl from the Tor Teen novel, Jack: Secret Histories), has started fitting together the pieces of the puzzle and anonymously posting her conclusions on the Web. But she can't stay anonymous forever. Someone is after her. Jack becomes involved in her troubles and in the paranoid mazes of the 9/11 Truth Movement, where conspiracy theories point in every direction.


They're all wrong. The truth is stranger, darker, and more evil than anyone can imagine. It involves the cosmic shadow war into which Jack has been drafted. And if the plot behind it--millennia in the planning--succeeds, it will forever change life on this Earth.