Growing Up All over Again How God Speaks To Me 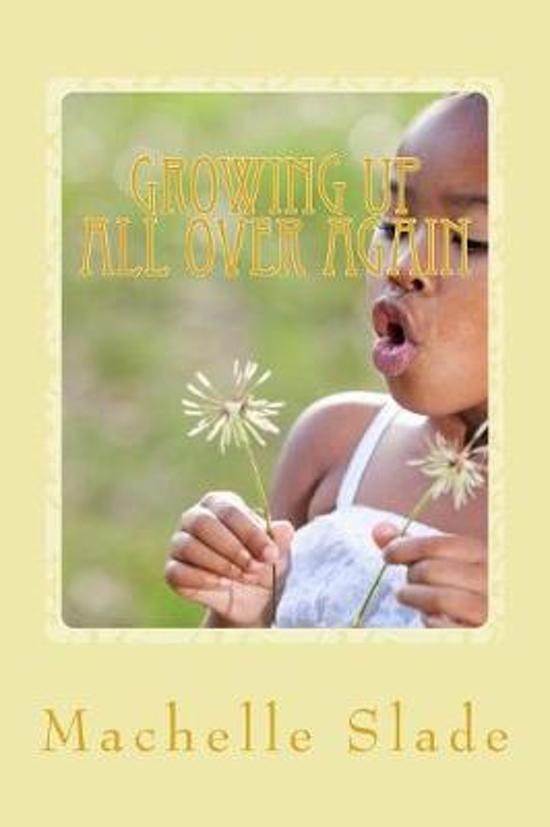 Machelle was born in Riverside, Ca at March Air Force Base in 1958. Through the years of growing up Machelle lived through many painful experiences that led her to believe she was incapable of ever accomplishing or being anyone, that someone would love. Machelle was always looking for love in all the wrong places leading her further down the road of despair. The escape factor for Machelle was through singing dancing and writing. It was her ninth-grade teacher, after a paper that Machelle had written, who said to her “Never stop writing, you have a gift”. Throughout the years Machelle would write a lot of material yet, because of the battle in her mind of past voices that told her she could never do anything right or she was stupid; the enemies lie that she was worthless; unable to forgive the past; she couldn’t find it in her heart to believe her writings were worthy to be read by anyone; her material just sat collecting dust; some were even lost. But God, being God, knew her heart’s desire to write all that she’d seen, heard, or experienced in her years and placed it within her the faith to believe, that whatever he gave her to do she would accomplish. After much praying and many tears to break past her fears, Machelle began to write. Every time she stepped out her front door she could hear the voice of the Father saying, “Look daughter! Life!” She began to see, everywhere she looked, that God was teaching her. She learned to use the stories he gave her as ministering tools to save the lost. Machelle’s hope is that you too would begin to see the wonders of God through all that happens around you and, maybe even recognize your gift through what He shows you! So, go get your coffee or tea, sit down with this delightful book and enjoy!God Bless,Machelle
Toon meer Toon minder