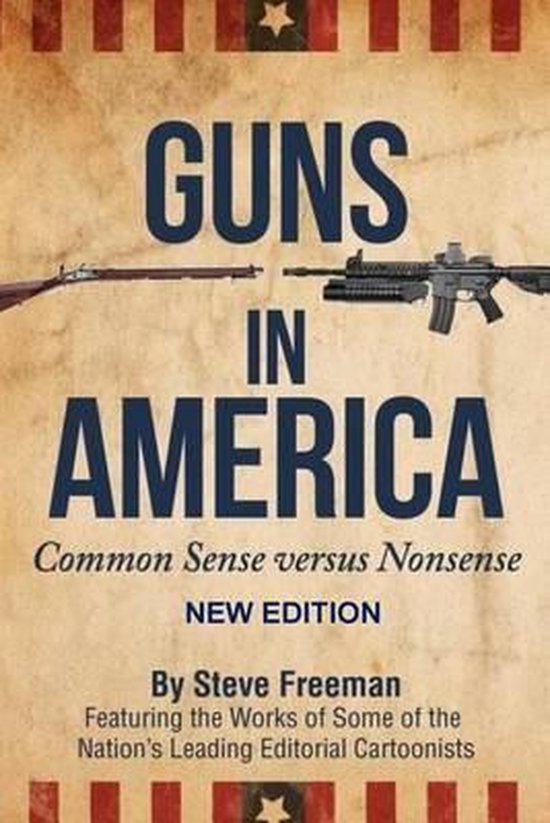 This new edition of Guns In America: Common Sense versus Nonsense is even more of an all-out, powerful indictment against the NRA than the first edition. It is a no-holds-barred attack against the leadership of the NRA and their blind following. The book still focuses primarily on the Sandy Hook Elementary School massacre and still contains much of the original text, which details the reasons why no new national gun laws were enacted after this horrible tragedy. It also remains so as to remind people of the exact mood of the times. Following this unspeakable tragedy that shook most of the nation to the core, the vast majority of Americans cried out for stronger gun control. Not shockingly, several lawmakers chose not to listen, proving that many of them are owned and controlled by the NRA. Do they honestly and truly believe that it is perfectly okay for dangerous and disturbed people to purchase guns over the internet, or at gun shows, or from private sellers without any scrutiny whatsoever? They don't, but they vote against gun control anyway. Guns In America exposes the motives and character of the NRA’s leadership and takes on the absurdity of most of their arguments. The book also offers solutions to the problem of guns in our society. Aside from the most popular solutions proposed after Sandy Hook- universal background checks, assault weapons ban, and a limit on high-capacity magazines- the book lists several other steps that can be taken to reduce gun violence. Millions of Americans are frustrated and tired of seeing victims and families suffer from gun violence. And since there doesn’t seem to be any great will on the part of most lawmakers to solve this problem, this has truly become the People of the United States vs. the National Rifle Association. Guns in America also contains cartoons from some of the nation’s leading editorial cartoonists that have been reprinted with their permission. The cartoons by themselves are worth the cost of reading this book and getting involved with this issue.
Toon meer Toon minder