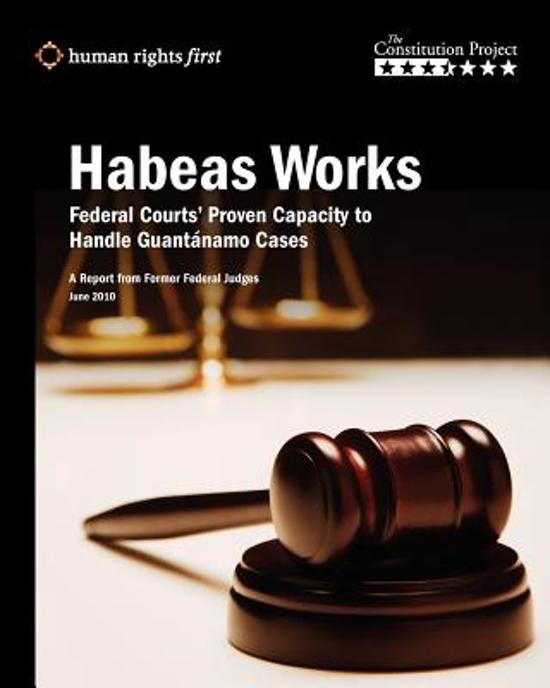 This report co-released by the Constitution Project and Human Rights First, and endorsed by sixteen former federal judges concludes that Congress does not need to pass new legislation to guide federal courts in their review of habeas cases in which individuals at the Guantanamo Bay detention facility challenge the lawfulness of their detention. The former federal judges conclude that attacks on the judiciary's ability to review such cases are unfounded, as are calls for Congressional intervention. It was the U.S. Supreme Court ruling in Boumediene v. Bush which laid the ground for District Court judges to review habeas cases of the Guantanamo detainees and develop the constitutional framework for reviewing cases. It examines how the courts have moved deliberately and thoughtfully in developing an effective jurisprudence in these cases that addresses the government's interest in national security, while protecting the right of prisoners to fairly challenge their detention."
Toon meer Toon minder