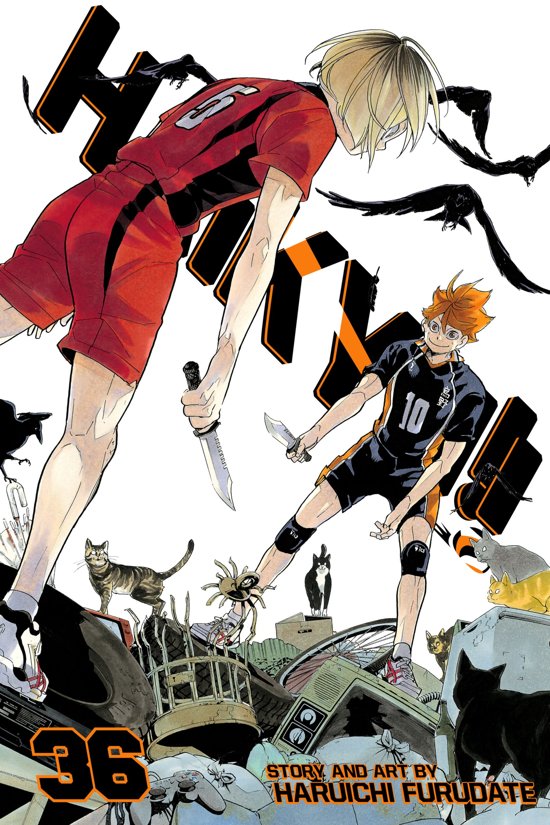 "Haikyu!! (ハイキュー!!, Haikyū!!, from the kanji 排球 ""volleyball"") is a Japanese shōnen manga series written and illustrated by Haruichi Furudate. Individual chapters have been serialized in Weekly Shōnen Jump since February 2012, with bound volumes published by Shueisha. The series was initially published as a one-shot in Shueisha's seasonal Jump NEXT! magazine prior to serialization. As of April 2018, thirty-one volumes have been released in Japan. The manga has been licensed in North America by Viz Media. Haikyu!! has sold over 28 million copies.

Kenma Kozume tried to keep Kageyama and Hinata contained in a birdcage, but they break free with a bold four set! Now that Hinata has added height to his arsenal, Nekoma brings out their own rookie tandem of giants—Lev Haiba and Sou Inuoka—to stop him! The Dumpster Battle dives into the final, climactic set… Who will come out on top, Hinata or Kozume?!