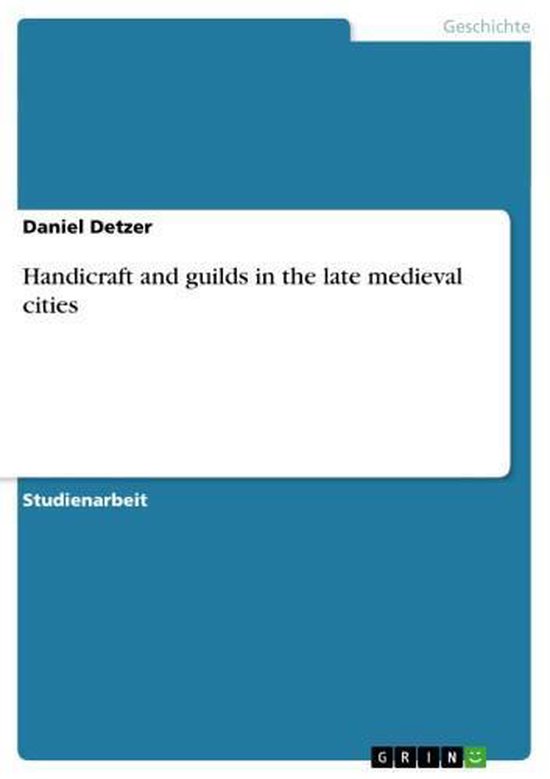 Studienarbeit aus dem Jahr 2006 im Fachbereich Geschichte Europa - and. Länder - Mittelalter, Frühe Neuzeit, Note: 1,1, Fachhochschule für Wirtschaft Berlin, Veranstaltung: Unternehmen, Betrieb, Arbeit aus historischsozialwissenschaftlicher Perspektive, Sprache: Deutsch, Abstract: Handcrafts played a vital role in the cities of the medieval times. In the fourteenth century for example, about 50 percent of the citizens of Nürnberg worked in the craft business. 50 percent and more was possible for the bigger cities in those times. Because of the importance of the crafts business I will deal with this topic in my homework. In the first part I'll focus on the handicraft enterprises in the cities and their special features in the medieval times. Then I'll discuss the system of apprenticeship, because it was quite modern for those times. Furthermore I will show that the foundation of cities and the development of the handicraft contributed to each other. Afterwards I'll focus on the craft guilds. In this part of the homework I'll give you a short overview, how guilds developed and in which way they were organised. Then I'll give an overview on functions of guilds and finally I'll deal with the question, whether guilds contributed to progress or if they handicapped it.