Hanging out the Washing 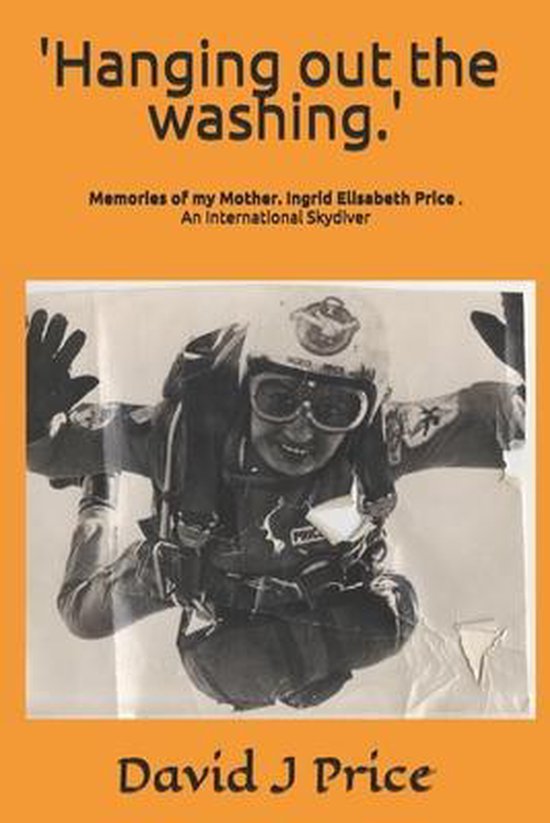 The other day, I met the Captain of the Malawi Skydiving team, and if that picture conjures up an image of a big, strong, young man with a daredevil gleam in his eye, you’re in for a surprise. The captain’s name is Ingrid Elisabeth Price. She’s a slim 5ft 5in brunette and the mother of three children. She’s got that gleam in her eye, though, whenever she starts talking about parachuting. I asked her what made her want to do it.'' 'It was when we lived in Pirbright, Surrey. My husband, Gordon was stationed there with the Grenadier Guards as a Paratrooper. I was hanging out the washing when I heard the engines of an aeroplane stop overhead. I looked up and saw three tiny figures falling spread-eagled through the sky before they opened their parachutes and drifted down. I thought, ‘That’s what I want to do.’ Her husband Gordon persuaded the Army into letting her tag onto an army free-fall course at Netherhavon. The first woman ever to do the course and graduated as a fully-fledged skydiver. When her husband was posted to Malawi to help train the Malawian armed forces she started up a parachute club and became its chief instructor. During her time in Malawi, Ingrid trekked down to South Africa and passed a very rugged test to become the first woman in Africa to hold a 'D' licence – the laurels of the parachuting world She captained the Malawi team to several international meets and completed a number of 'link up's as well as night jumps and on one occasion made a decent from over 18000 feet. 'The important thing to me is free falling - it’s something I can’t explain, but every jump is different, it’s always exciting.’ The story of Ingrid's achievements, in the Skydiving world, is even more remarkable, when she tells of her survival from the 'horrors' she suffered during the fall of Berlin in 1945 when, at the age of 15, she became separated from her family and fell victim to the savagery of the advancing Soviet Army during the final battle for Berlin. Ingrid's story is a triumph of survival and achievement which began one day when she looked up whilst ‘Hanging out the Washing.’
Toon meer Toon minder