Happily Ever After EBOOK Ebooks kunnen worden gelezen op uw computer en op daarvoor geschikte e-readers. My Journey with Guillain-Barré Syndrome and How I Got My Life Back 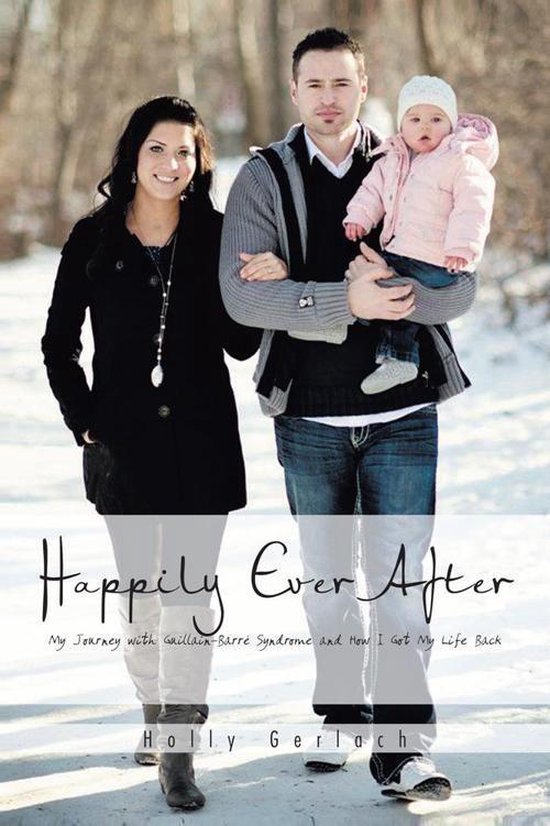 At the age of twenty-six, less than three weeks after giving birth to her first child, Holly Gerlach noticed that her fingertips were numb and her legs were weakening. In less than three days, she was paralyzed and could no longer breathe on her own. She was diagnosed with Guillain-Barr syndrome, a rare autoimmune disorder that occurs when the body's immune system mistakenly attacks part of the nervous system. She was admitted to the hospital, where she spent two and a half months in the intensive care unit on a ventilator. She couldnt move, she couldnt speak, and worst of all, she couldnt hold her newborn daughter. She felt like her life was over as she couldnt be the mother that she had always wanted to be. As the weeks went on, the paralysis began to wear off. And once she was able to breathe on her own again, she started on her road to recovery. With intense physiotherapy, she learned how to use her muscles again and eventually how to walk again. She was determined, and worked hard, and after a long four months in the hospital, she was able to reach her goal of getting back to her husband and daughter. Holly Gerlach shares her inspirational story, where she faced the most terrifying and challenging experiences of her life. The book follows her entire journey, starting with the beginning symptoms, through the many months she spent in the hospital. The story continues on well past her release from the hospital, where she fought to regain her independence and eventually got her life back.