Hard Mother A Novel in Lectures and Dreams 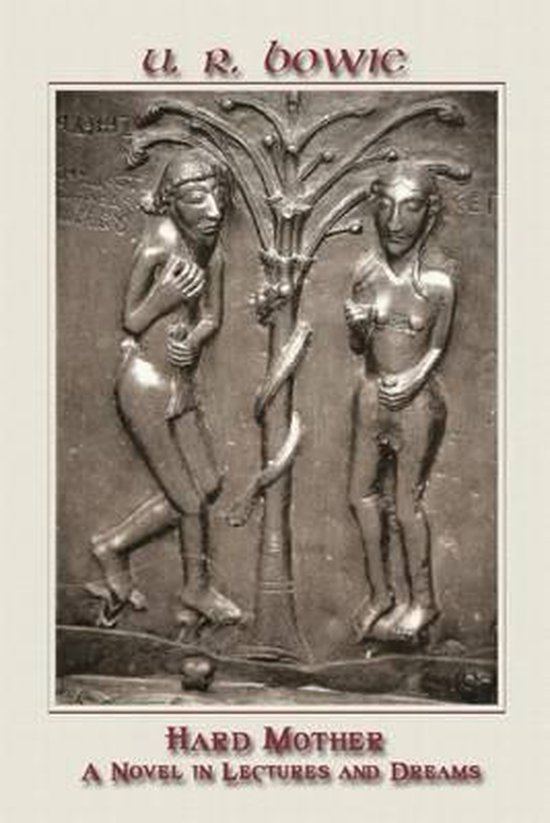 HARD MOTHER(A Novel in Lectures and Dreams)Condensed SynopsisThe year is 2021. The world is slowly recovering from the Great Catastrophe of 1996. You say there was no worldwide catastrophe in 1996. This is a work of fiction, and in this work there was. A middle-aged woman, Rebecca A. Breeze, professor of Russian literature at Oogleyville State College (Mass.), in the midst of a breakdown, has been forced by her superiors to consult a therapist. She refuses treatment by modern methods of drug and machine therapy, but agrees to describe her violent dreams. The dreamsRussian literature sends them to me. Jesus Christ has a lot to do with it as well, but mainly its Russian literature.The dreams of Prof. Breeze constitute an extensive manuscript, the tale of the crazed Ultimian writer Eugene Ispovednikov (The Shriver) and his return to his native Ultimiaan imaginary country resembling Russiawhere he foments a revolution and is crowned king in 1992. Disillusioned by the Catastrophea pandemic of bubonic plague that has left the whole world in chaoshe sets out on a pilgrimage eastward in 1999, seeking what he terms The Unbearable Whiteness of Being. The Shriver is accompanied by Maggie the Queen, Ivanushka the Dolt and his American compatriot Dezra MacKenzie, the Swedish mercenary Boe and his troops, the vile Bomelius (apothecary and physician to the king) and a convert from the Urinator faith, Foka Yankov.A year later, at the turn of the Millennium, after numerous tribulationsencounters with violent sectarians of every stripe: including the Anti-Prepucors, who abhor foreskins, and the dread Castrates, who introduce our heroes to the baptism in firewhat remains of the Shrivers party reaches the summit of the Magic Mountain of Dura, where the Whiteness is.Rebecca Breeze narrates her part of the story from the year 2021, but none of the action takes place in that future time. The chapters set in Ultimia (1992-2000) alternate with chapters describing the adventures of an American professor in the Soviet Union of 1983. John J. Botkins, Jr., the prototype of Ivanushka the court fool in the Ultimia chapters and the central protagonist of the book, runs amuck in Communist Russia. He violates Soviet laws with impunity, steals Lev Tolstoys bicycle from the Tolstoy Museum in Moscow, sneaks into the Spartakiada rowing competitions disguised as an Estonian athlete, urinates against the Kremlin Wallall the while propagating the joys of homosexuality, the efficacy of laughter, and the glory of possessing a foreskin.The Botkins chapters complement the picaresque in the chapters set in Ultimia. Pale refractions of the modern-day characters show up in future time, and the same themes are recurrent: the myth of eternal return, the meaning of laughter, the human obsession with violence, sex and scatology, the Russian soul, fathers and sons and daughters and mothers (including the Earth Mother), the yearning to perpetuate the specieswhile yearning simultaneously to smash all of life to smithereensthe significance of Jesus Christ in the twentieth and twenty-first centuries.Hard Mother is a highly ambitious comic novel. Like any comedy in the genre of literary fiction it is undergirded with high seriousness. A book with lots of action and even more food for thought, Hard Mother is influenced, most prominently, by the works of Gogol, Bulgakov, Marquez, and Nabokov. The reader should not approach this novel with an apple in one hand and a scotch in the other. The reader should be prepared to have his/her settled notions shaken up in interaction with this book, to fight and scratch and be offended. Any literary art is, of necessity, offensive, but is also, one hopes, efficacious and good for the soul.
Toon meer Toon minder