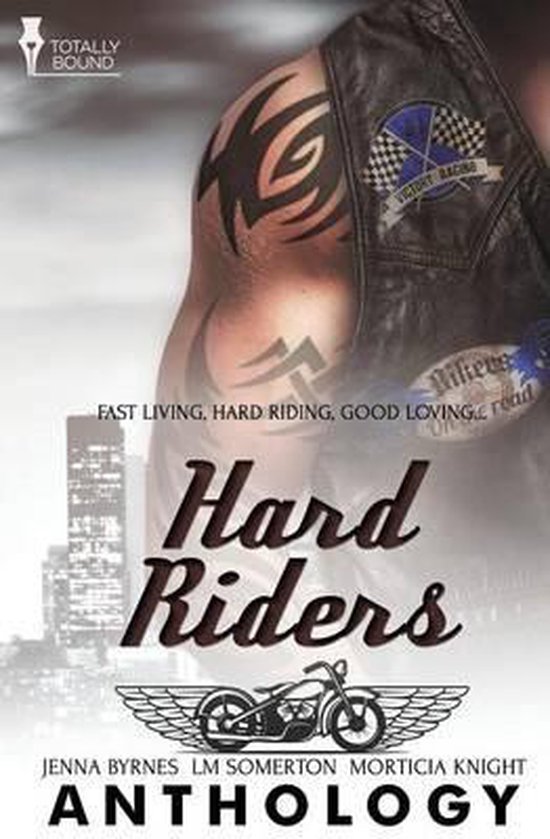 Clear Blue Sky by Jenna Byrnes Respect all, fear none is the Rebel Riders Motorcycle Club's motto. Will the Riders step up when the Demon Outlaws go after one of their own? Sky Warren doesn't let the screen door smack him on the way out of Kansas. When his former abusive partner Duke is arrested for selling drugs, Sky takes off. He's ready for a clean start and a change of scenery. Moving to Lakewood, Colorado, with his cousin and accepting a job in Billy's bike shop seems like just what he needs to start over. In Billy's riding club he meets Task Rivers, a handsome, sexy biker, and they hit it off immediately. Task is edgy, yet he shows Sky how a respectful and considerate man treats his partner. The two fall into a lusty, passionate relationship. Death before dishonor. The Demon Outlaws have another way of looking at life. When Duke Lessing comes after Sky and is rebuffed, he joins the Outlaws in their troublemaking ways. With the Demons spoiling for a fight, Task calls on a few of the more hardcore Rebel Riders. As the night heats up, Sky is determined to avoid what seems like inevitable bloodshed. He wants to leave and lure the Demons away, but Task and the Rebel Riders have other ideas. Sky knows Duke doesn't give up easily and learns that neither does Task, who's fighting for what he wants. But will it be a fight to the death? Mantrap by L.M. Somerton Not all cages have bars. The Wyverns Motorcycle Club has a reputation as fierce as its dragon emblem. Its enigmatic leader, Rogue Hellaby, has a police file so thick you could prop up a table with it. The qualifications for membership are a reckless disregard for authority and the attitude of a spitting cobra. But The Wyverns MC is not quite what it seems. All the riders have dubious histories in the military or the police-now they just serve and protect their own interests and those of Horatio Trap, the manipulative bastard who recruited them. When Rogue receives an instruction to kidnap and hold hostage the son of a powerful drug lord, he doesn't bat an eyelid. But Rogue has never had to deal with a captive like Orlando de la Pena. Orlando is furious-not because he's being held prisoner, but because he's prevented from partying at his favorite BDSM club. Rogue discovers that the only way to deal with Orlando is to become the Dom he so obviously needs. But Orlando's father wants him back, and The Wyverns must face a battle that could cost them their lives. Biking Bad by Morticia Knight When Dylan, a young wannabe investigator, stumbles into the Mojave Sidewinder's MC bar, he finds all kinds of trouble-especially in biker Luc 'Zero' Villarojas. The Mojave Sidewinders is the largest gay MC club in Southern California. They're also one-percenters, which makes them alluring to those looking for trouble and a danger to those making it. Luc 'Zero' Villarojas has been a brother ever since the club's prez took him in as a runaway. At thirty-four years of age, he's content to ride his hog, chase tail and run his tattoo and piercing parlor, Zero to Sixty. Dylan has had to take care of himself since his aunt died when he was still a teen. Even though he's barely twenty-two years old, the small spitfire has made his way in the world as best as he can and has even started his own would-be investigative agency. He's proud of himself, even if his agency is on the edge of town in a ramshackle building. Working his first big case involving a missing young man, Dylan barges into Road Rage, the Mojave Sidewinder's exclusive bar, and starts asking questions. When it looks as though he's about to get beaten up, a large, muscled biker covered in ink comes to his aid. Dylan's incredibly attracted to him-even if Zero is pretty scary and Dylan's still a virgin. But is there something Zero knows about the missing man that he's hiding? And is Dylan in more danger than he realizes?
Toon meer Toon minder