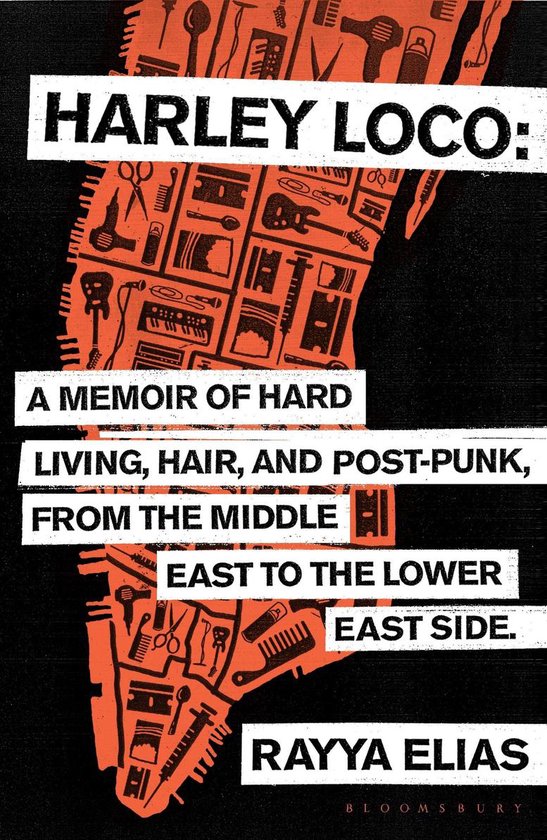 'She's experienced wealth, cultural alienation, homelessness, brushes with fame, prison, rehab, record deals, a million blown second chances, a dozen broken hearts and one bloody-knuckled ultimate spiritual redemption. She even died once in the process, and may very well have had sex with your wife back in the eighties...' Elizabeth Gilbert

When she was seven, Rayya Elias and her upper-class family fled the political conflict in their native Syria, settling in a suburb of Detroit. Bullied in school and caught between the world of her traditional family and her tough American classmates, she rebelled early.

Rayya moved to New York City to become a musician and kept herself afloat with an uncommon talent for cutting hair. At the height of the punk movement, life on the Lower East Side was full of adventure, creative inspiration and temptation. Eventually though, Elias's passionate affairs with lovers of both sexes went awry, her (more than) occasional drug use turned to addiction and she found herself living on the streets - between visits to jail.

Told with a keen sense of humour and a lack of self-pity in even the most harrowing situations, Harley Loco is a memoir about jumping in head-first, no questions asked. It's a book about living in the moment no matter what that might bring, and about pursuing, not always by choice, a life of extremes - highs and lows, pain and passion - until ultimately arriving at a place of contentment and peace.

Extra groot lettertype
Nee
Subtitel
A Memoir of Hard Living, Hair and Post-Punk, from the Middle East to the Lower East Side