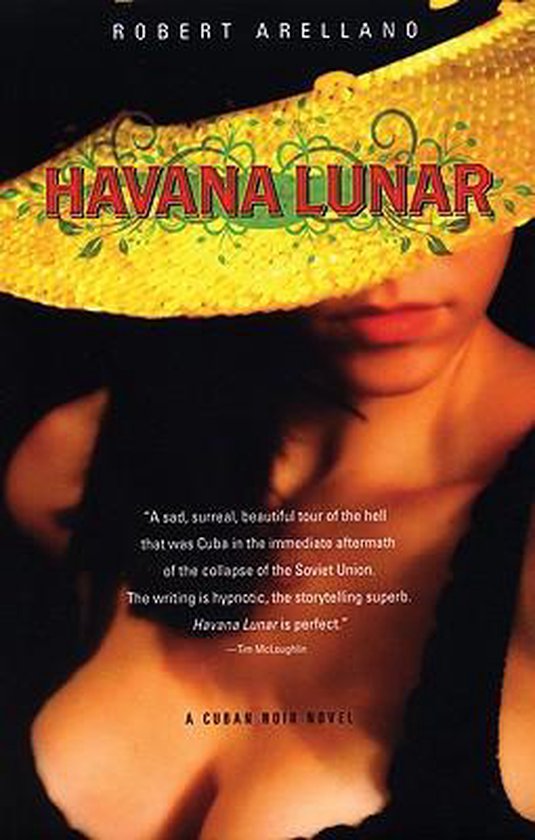 One hungry, hallucinatory night in the dark heart of Havana, Mano Rodriguez, a young doctor with the revolutionary medical service, comes to the aid of a teenage jinetera named Julia. She takes refuge in his clinic to break away from the abusive chulo who prostituted her, and they form an unlikely allegiance that Mano thinks might save him from his twin burdens: the dead-end hospital assignment he was delegated after being blacklisted by the Cuban Communist Party and a Palo Monte curse on his love life commissioned by a vengeful ex-wife. But when the pimp and his bodyguards come after Julia and Mano, the violent chain-reaction plunges them all into the decadent catacombs of Havana's criminal underworld.

Inspired by fifty years of Cuban literary noir, from Cold Tales by Virgilio Piñera to Reinaldo Arenas' Before Night Falls, Robert Arellano's Havana Lunar intertwines an insider testimony on the collapse of socialist Cuba with a psychological mystery.