Have Muslims Abandoned the Quran? 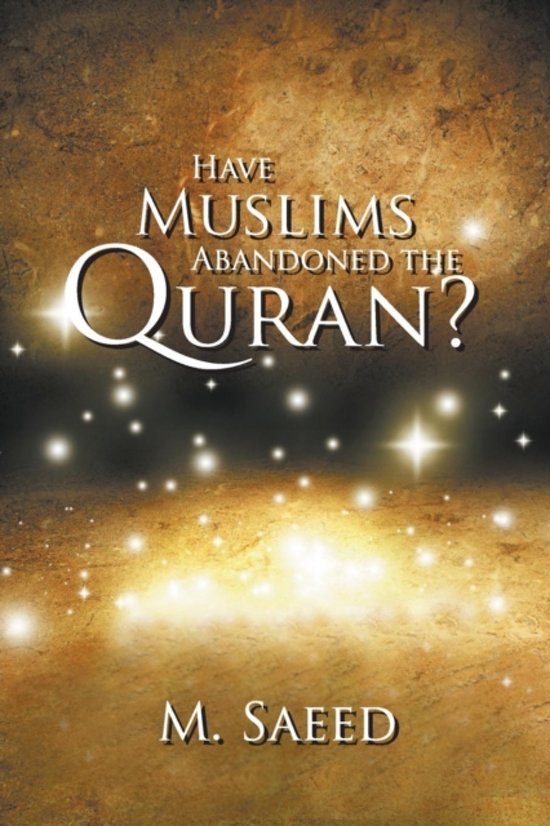 Have Muslims Abandoned the Quran? Unfortunately, yes. In his insightful book, M. Saeed states that many Muslims are not following the Holy Quran. Taliban extremists are killing innocent men, women, and children in the name of religion. Women's education is under attack in Pakistan, Somalia, and other Muslim countries. He believes many Muslims are Muslims by name only, but not by deeds. They are not following the book of God; rather, they are following the books written by men. Learn about: Fall of Muslims from the Quran Fall of Muslims from almsgiving of the Quran Predestination of humans fate and the Quran Women's dress code in the Quran Aisha's actual age when the Prophet of Islam married her Stoning to death of adulterers is a flagrant violation of the Quran Forged Hadith and The Satanic Verses of Salman Rushdie What non-Muslim scholars say about the Prophet of Islam Strange Muslims of strange Islam Some important and beautiful verses of the Holy Quran M. Saeed grew up in Bangladesh and now lives in Sydney, Australia, where he is a civil engineer. He describes his homeland as always beautiful and unparalleled to others. This is his first book. He is writing his next, Is There a Creator God? Publisher's website: http: //sbpra.com/MSaeed"
Toon meer Toon minder