Hawai'i's Scenic Roads Paving the Way for Tourism in the Islands 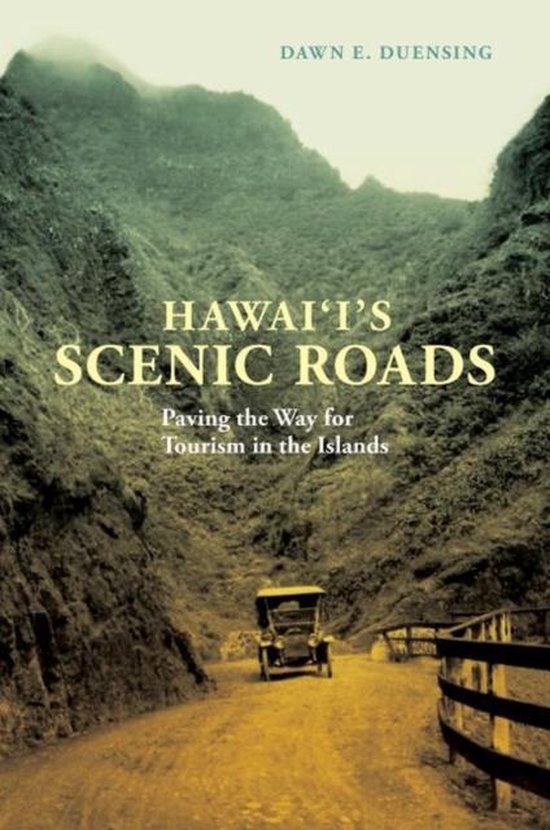 Hawai'i's Scenic Roads examines a century of overland transportation from the kingdom's first constitutional government until World War II, discovering how roads in the world's most isolated archipelago rivaled those on the continental U.S. Building Hawai'i's roads was no easy feat, as engineers confronted a uniquecombination of circumstances: extreme isolation, mountainous topography, torrential rains, deserts, volcanic eruptions, earthquakes, and on Haleakal?, freezing temperatures. By investigating the politics and social processes that facilitated road projects, Hawai'i's Scenic Roads explains that foreign settlers wanted roads to civilize the Hawaiians and promote economic development, specifically agriculture. Once sugar became the dominant driver, civic and political leaders turned theirattention to constructing scenic roads. Viewed as commercial enterprises, scenic byways became an essential factor in establishing tourism as Hawai'i's third crop after sugar and pineapple. These thoroughfares also served as playgrounds for the islands' elite residents and wealthy visitors who could afford the luxury of carriage driving, and after 1900, motorcars. Duensing's provocative analysis of the 1924 Hawai'i Bill of Rights reveals that roads played a critical role in redefining the Territory of Hawai'i's status within the United States. Politicians and civic leaders focused on highway funding to argue that Hawai'i was an integral part of the Union, thus entitled to be treated as if it were a state. By accepting this Bill of Rights, Congress confirmed the territory's claim to access federal programs, especially highway aid. Washington's involvement in Hawai'i increased subsequently, as did the islands' dependence on the national government. Federal money helped the territory weather the Great Depression as it became enmeshed in New Deal programs and philosophy. Although primarily an economic protest, the Hawai'i Bill of Rights was a crucial stepping stone on the path to eventual statehood in 1959. At the core of this book is the intriguing tales of road projects that established the islands' most renowned scenic drives, including the Pali Highway, byways around K?lauea Volcano, Haleakal? Highway, and the H?na Belt Road. The author's unique approach provides a fascinating perspective for understandingHawai'i's social dynamics, as well as its political, environmental, and economic history.
Toon meer Toon minder