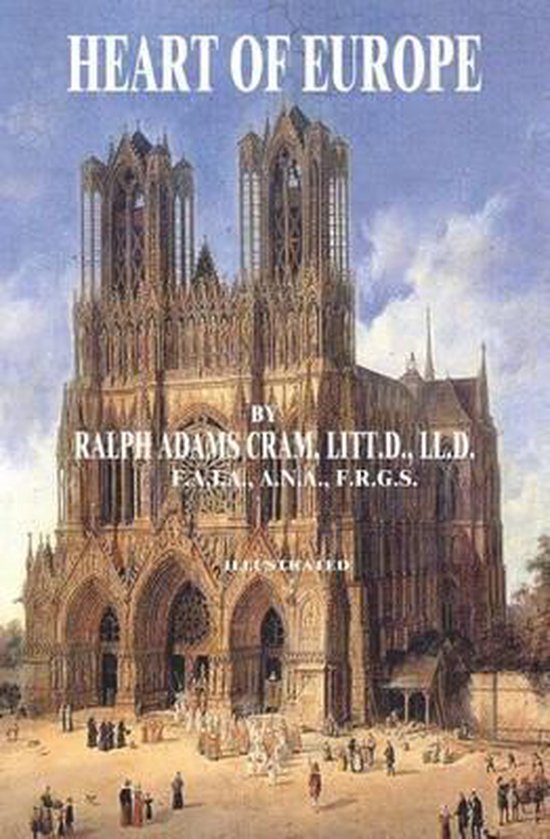 This work describes Northern France, Belgium and Flanders, and the treasures of art and beauty enshrined in that beautiful land before the devastation of the great war. This is a book of history and of art, of civilization and those forces which a war against civilization. It is as stirring as the most vital romance, a book which when begun is hard to put down. It is the story of the middles ages and of contemporary, the one thrown in silhouette against the other. And it is more than this for through its pages are to be found prophecies of the future. Mr. Cram is not one who merely looks back, but ahead, and while he does not minimize the horror and shame of the present, his confidence in the future, and the ultimate victory of good, is unshaken and apparently unshakable. His earnestness, his sincerity, his enthusiasm are convincing and contagious and the art of the past as well as the art of the present takes on a new meaning as one follows the story he tell in the pages of this absorbingly interesting volume. It is the heart of Europe, a beautiful land lying between the Seine and the Rhine, so rich in history and in monuments of noble art, that had been the theatre of the present war. Not a large land, as the writer reminds us, a territory half the size of Texas, but a land from whence the makers of Europe have come.
Toon meer Toon minder