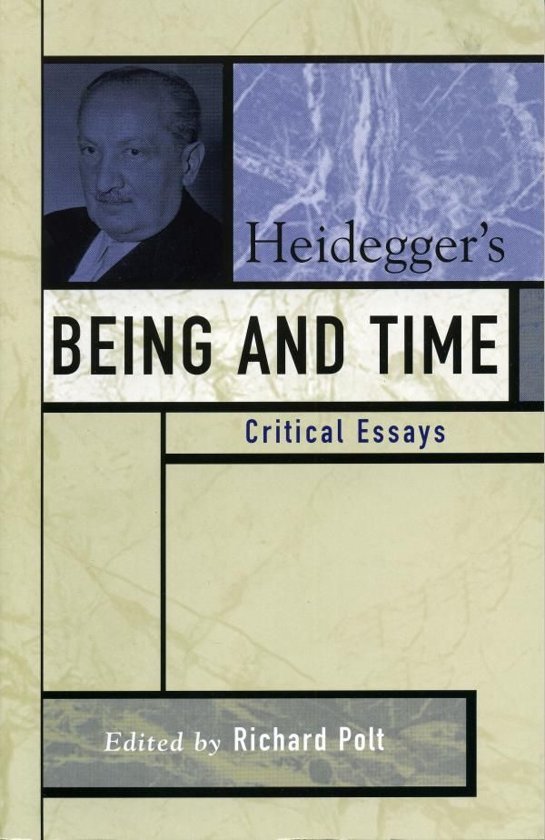 Heidegger's Being and Time: Critical Essays provides a variety of recent studies of Heidegger's most important work. Twelve prominent scholars, representing diverse nationalities, generations, and interpretive approaches deal with general methodological and ontological questions, particular issues in Heidegger's text, and the relation between Being and Time and Heidegger's later thought. All of the essays presented in this volume were never before available in an English-language anthology. Two of the essays have never before been published in any language (Dreyfus and Guignon); three of the essays have never been published in English before (Grondin, Kisiel, and ThomS), and two of the essays provide previews of works in progress by major scholars (Dreyfus and Kisiel).

Richard Polt has assembled a collection of insightful and provocative articles from the world's leading Heidegger-scholars. This eclectic volume brings Heidegger's magnum opus, Being and Time, into a critical forum where his most pivotal discussions of temporality, being, and human existence can be appropriated in new ways. Undoubtably, the student of Heidegger will find this volume to be extremely helpful for probing the depth of his thinking and experiencing how Being and Time continues to be influential. -- Frank Schalow, Department of Philosophy, University of New Orleans The inclusion of a wide variety of perspectives and especially the first appearance in translation of essays by Grondin, Figal and Thoma, makes this volume an attractive option for class adoption. -- Robert Bernasconi, Pennsylvania State University Richard Polt has gathered here a distinguished international body of Heidegger commentators who together throw important light on what is arguably the single most important work of European philosophy in the Twentieth Century. Ranging over matters both historical and problematic, in voices that are both continental and Anglo-American, Polt has put together what will long stand as an invaluable and indispensable guide to Being and Time. -- John D. Caputo, Thomas J. Watson Professor of Religion and Humanities, Syracuse University An anthology of the first order-twelve highly qualified approaches to the interpretation of Heidegger's master work, all 'critical' in the best sense of the word, de-fining its limits and then either clarifying them or suggesting ways to extend them. Richard Polt's introduction, with its succinct resume of the Heidegger text and carefully nuanced summary of each contribution to the reading of it, weaves the collection into a polychromatic whole. -- William J. Richardson, Boston College
Toon meer Toon minder