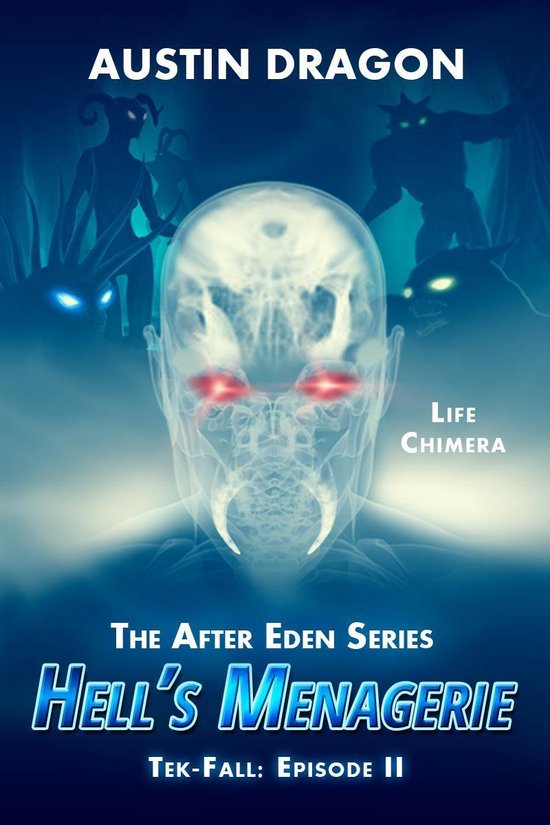 Hell's Menagerie (After Eden Series: Tek-Fall, Episode II) is the companion novella in the After Eden science fiction and international thriller series by Austin Dragon—a dramatic mix of politics, religion, and intrigue. The sci-fi, adventure started in Episode I with the hunt for the elusive "Man Made Out of String." But it was only the tip of the iceberg for a broader mission for the Faithers. In Episode II, they seek the "Zoo." Monsters are being made—for war, for study, for amusement—and some have escaped into the wild. From the tek-cities of America to Spanish Australia to secret island locations all over the world, the sci-fi adventure thriller continues in the year 2093. Tek World loves the advancements of modern genetic-engineering to eliminate disease, genetic-designing to pick the traits of offspring, and body-farms to grow and replace damaged limbs and organs—and even to "perfect" the human body. But it hasn't stopped there. There is a secret bio-tek race by rogue international alliances to create life—bizarre, amazing, and horrifying.