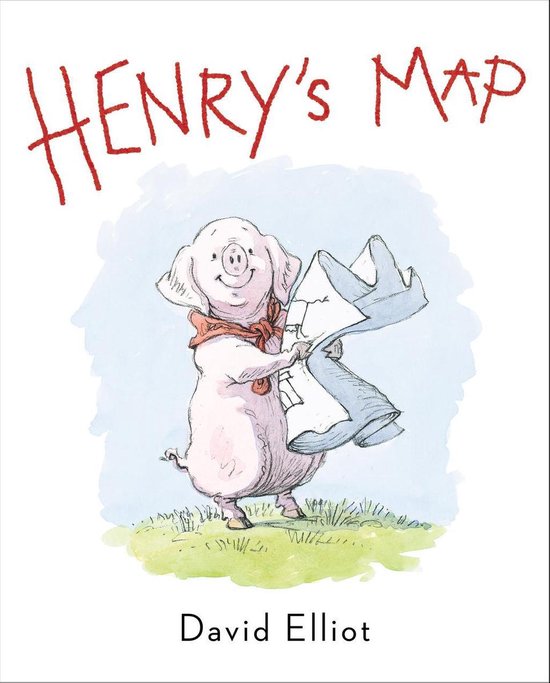 
Henry is a very particular sort of pig. ''A place for everything and everything in its place,'' he always says. But when he looks out his window he is troubled. The farm is a mess! Henry is worried that nobody will be able to find anything in this mess. So he draws a map showing all the animals exactly where they belong. And Henry embarks on a journey through the farm, his friends tagging along as he creates his map: sheep in the woolshed, chickens in the coop, the horse in the stable. After the map is complete, Henry uses it to bring himself back home, where he is relieved to know that he is exactly where he belongs. A place for everything and everything in its place, indeed.


For fans of Zen Shorts by Jon J. Muth or of Winnie the Pooh, this sweet romp through the farm is adorably illustrated by David Elliot, who created the endearing animals who inhabit Brian Jacques world of Redwall. Perfect for pre-schoolers and elemetary-schoolers learning to read maps for the first time.


*** "With appealing characters and gentle humor, this book will be a hit at storytime, or as an introduction to mapping lessons." —School Library Journal *** (starred)


"This story may even inspire budding cartographers to map their own world." —Booklist