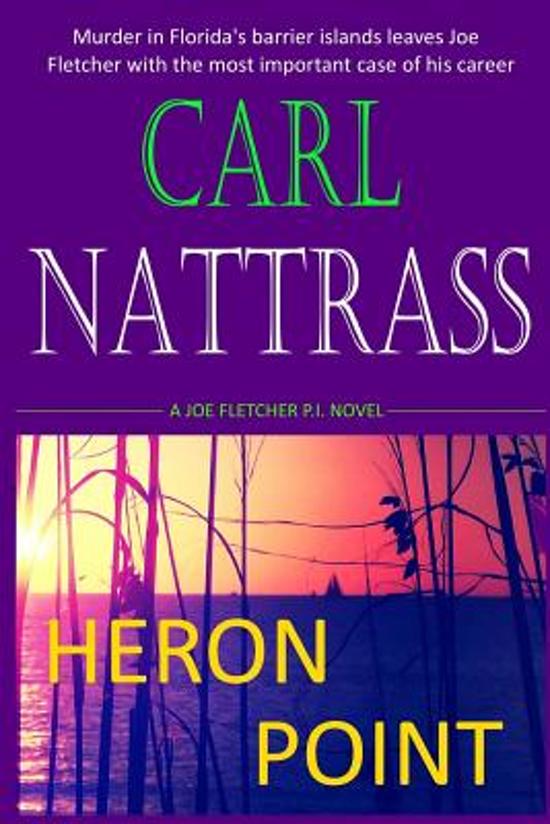 Joe Fletcher P.I. - well, that's what it says on his door anyway...
Living on one of the barrier islands of South West Florida, the Joe Fletcher novels weave the reader into a vivid portrayal of tropical sandy beaches, short working days, long fishing trips, and the occasional sticky situation.
Joe’s work normally consists of trailing jealous spouses, searching for lost dogs, and guarding nesting turtles! Now, a little known fact about Joe Fletcher is that he grew up watching Tom Selleck and James Garner, and knowing this, you may be able to understand him a little better.
In this first episode of the Sleuth’s Paradise Series, Joe finds the laid-back lifestyle of Anna Maria Island disrupted by a case which he will remember for a very long time.
After a chance meeting with a previous client who still owes him money, who shortly after, goes missing, Joe’s interest could be described as, well, mild. The client later turns up as a floater out at a place called Heron Point just off the coast of Tampa. Now, floaters aren’t big business in a state with so much coastline as Florida, but when he receives a call from a police buddy that his prints are all over the murder scene, well, you can understand that he begins to get a little concerned.To make matters worse, when the floater’s wife tells the police about the affair that she and Joe have been having, Joe realizes that the normal hot summers of the islands are getting a little too hot for his liking. He does what any level headed person would do; takes off on his best friend’s fishing boat and heads north.
“A ‘rip-roaring’ adventure in paradise!”
Toon meer Toon minder