Hidden Secrets of Intelligence Revealed The Book That Proves, After 30 Years of Research, Why Intelligence is Not Inherited 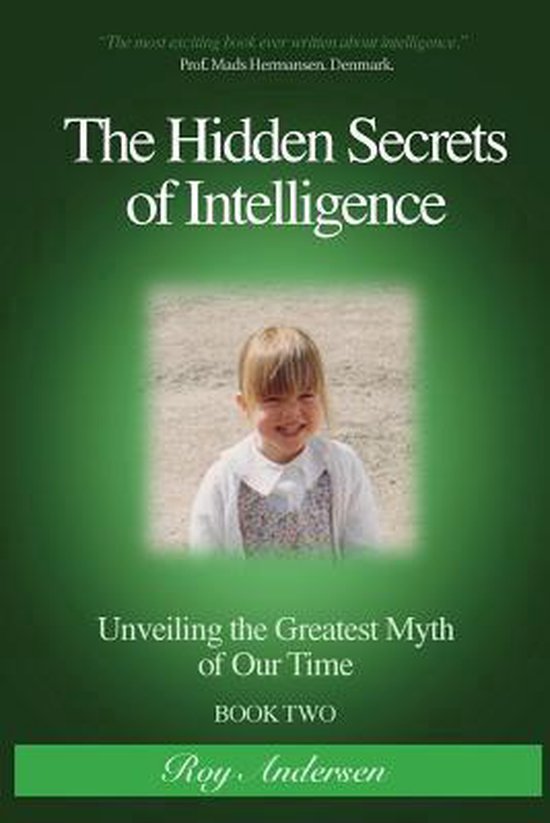 
Most people in the West believe that education is relatively fair today, and gives equal opportunity to all children. After all, the social barriers of an earlier time have disappeared and children are not discriminated against according to their background. There is, however, a deep mechanism behind this that lingers from an earlier time that does create discrimination, and does prevent all children from gaining equal opportunity in school and so in life. This mechanism lies in the cultivated belief we have today that a child is born with a quality of intelligence that can be known, and that this is directly linked to the socio-economic background of their parents.
'The Hidden Secrets of Intelligence' explains why a child's intelligence cannot be related to the intelligences witnessed in members of their family line. As it does so, it brings into question the whole concept of the Intelligence Quotient, or rather I.Q. as we have come to know it, and so brings realisation that we make a great mistake when we talk about the IQ of a person or how food effects IQ. IQ is only an idea that intelligence can be measured. It gives no suggestion as to what intelligence is or how it forms. Yet, because of the way we have been cultivated to think, when we use the term IQ we do think of intelligence as being largely inherited.
To understand how the myth of a measurable intelligence arose, this book examines how Galton stimulated the idea of inherited ability, as a political weapon to counter the rise of early socialism in the 19th Century. From this, it explains how Galton led Spearman to create the idea that intelligence is a singular feature of the inherited mind, which we still hold to today, as a means to enable it to be measurable. This led Pearson to devise his system of comparison that claims to show, but does not, the relationship of the genes to the environment in intelligence. To bring balance to this, the book explains how the French scientist Binet created a simple test to differentiate normal children from those who may be retarded, and never created the intelligence test said of him, for he fervently believed intelligence could never be measured. Yet, it was only by corrupting Binet's one to one verbal assessment into a written Yes or No questioner, that enabled Goddard and Terman in America to be able to index human intelligence on such a massive scale that they were able to politically structure their society as they did. For it was through their work that the Scholastic Aptitude Test or SAT later came into being, which American education today functions through and operates about.
The book builds upon this procedure to explain how the British, through their empire, had steered global education to follow their social and so political policies, and how this role was taken over by America after the Second World War through the prestige she acquired as the new superpower. While the British had built global education upon social ability, the Americans inspired a belief that 'any child could do anything'. The format of their examinations, however, which really controls the whole process, were little different to those used by the British, with the outcome just as predeterminable through the level of language and the subject matter chosen. As this is understood, so is a deeper meaning to education gained and a realisation as to what we could change to give all children a better life.
In a book that explains why it is never possible to know the inherited value of the intelligences of any two normally born children, 'The Hidden Secrets of Intelligence' introduces a whole new view of what intelligence could be. It is very important that we consider this, because if intelligence is not what we think it is, then the way we educate children is wrong