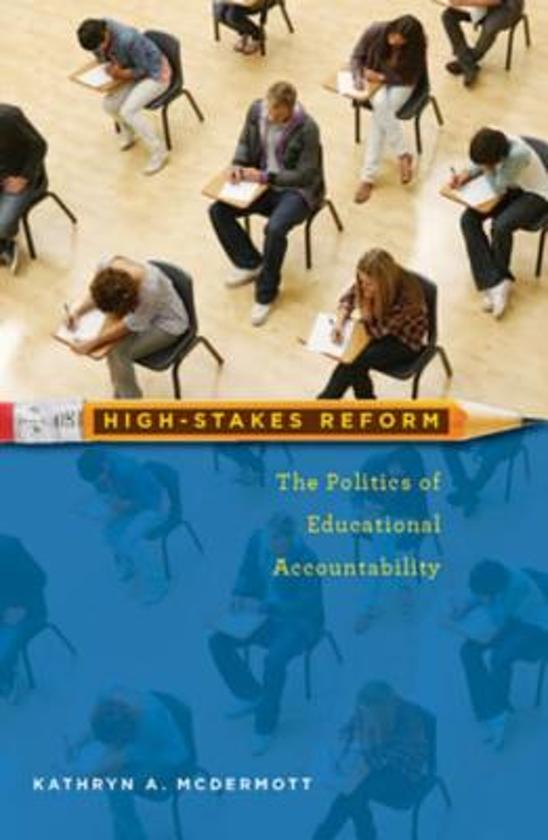 Performance accountability has been the dominant trend in education policy reform since the 1970s. State and federal policies set standards for what students should learn; require students to take "high-stakes" tests to measure what they have learned; and then hold students, schools, and school districts accountable for their performance. The goal of these policies is to push public school districts to ensure that all students reach a common threshold of knowledge and skills.


High-Stakes Reform analyzes the political processes and historical context that led to the enactment of state-level education accountability policies across the country. It also situates the education accountability movement in the broader context of public administration research, emphasizing the relationships among equity, accountability, and intergovernmental relations. The book then focuses on three in-depth case studies of policy development in Massachusetts, New Jersey, and Connecticut. Kathryn McDermott zeroes in on the most controversial and politically charged forms of state performance accountability sanctions, including graduation tests, direct state intervention in or closing of schools, and state takeovers of school districts.


Public debate casts performance accountability as either a cure for the problems of US public education or a destructive mistake. Kathryn McDermott expertly navigates both sides of the debate detailing why particular policies became popular, how the assumptions behind the policies influenced the forms they took, and what practitioners and scholars can learn from the successes and failures of education accountability policies.

A noble effort to advance the common understanding of the variables at play in this complicated and important conversation about the future of public education. It is also not a shot at any of the players. Through a reasoned discussion of the issues, it is an attempt to help us all move forward in a positive direction, rather than one that is detrimental to all-most notably, the children. New York Journal of Books An outstanding examination of the consequences of standards-based reform... Thorough, balances, and provocative - a worthy addition to the field. Choice