His Own Steam The Work of Barry Brickell 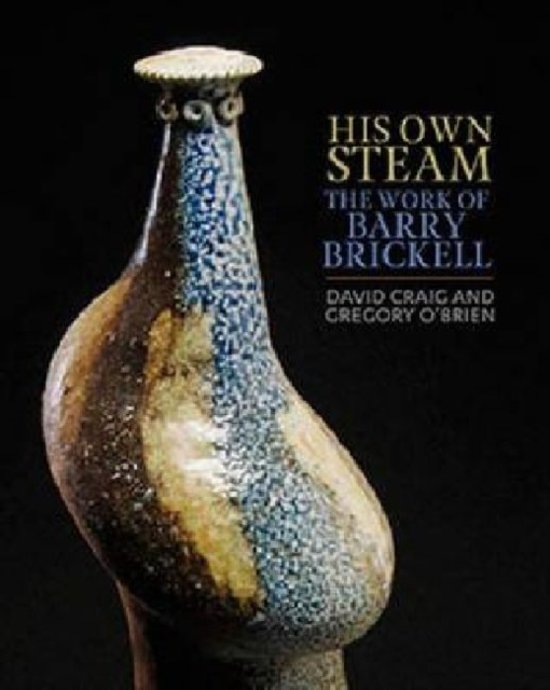 Potter extraordinaire, conservationist, railway enthusiast and iconoclast Barry Brickell is one of New Zealand's most important ceramicists. His exuberant and elemental, warts-and-all sculptures pulse with a humour and sexuality rare in New Zealand craft or art. From the 1950s, with his friend Len Castle, Brickell became a central figure in Auckland's pottery scene, leading the development of a distinctive indigenous ceramic style. Alongside the early commissions he received for domestic pots, mugs and jugs from local artists and bohemians, he became well known for his unusual sculptural forms and his use of coarse local clays (notoriously stolen in night raids from various sites) and salt glazes. In two long essays and with both newly commissioned and historic photographs, this book will chart Brickell's career in its entirety and in the context of his life and times. The first essay by David Craig concentrates on how Brickell's personal preoccupations with energy and engineering, the body and conservation, intersect with his work. His most well-known forms, for example, the spiromorphs , are large-scale spiral creations built from coiled clay, which twist and unfold in curves that parallel the spirals of his homegrown narrow-gauge railway. The second essay by Gregory O'Brien will put the work into larger cultural and artistic contexts, examining Brickell's relationship with fellow potters and artists, from Colin McCahon (whom Brickell was taught by) and Rex Fairburn (whose wine goblets were Brickell's first commission) to colleague Yvonne Rust and fellow clay thief Theo Schoon. Rounding out the book will be a foreword by critic and commentator Hamish Keith, extracts from Brickell's own writings and a comprehensive chronology.
Toon meer Toon minder

This study of Barry Brickell, who at the age of 77 is one of New Zealand's most iconic artists/craftsmen, also conservationist and railway enthusiast, is timely, and as a consequence of it his work is sure to gain the wider recognition it deserves. --Robert Sanderson, The Log Book