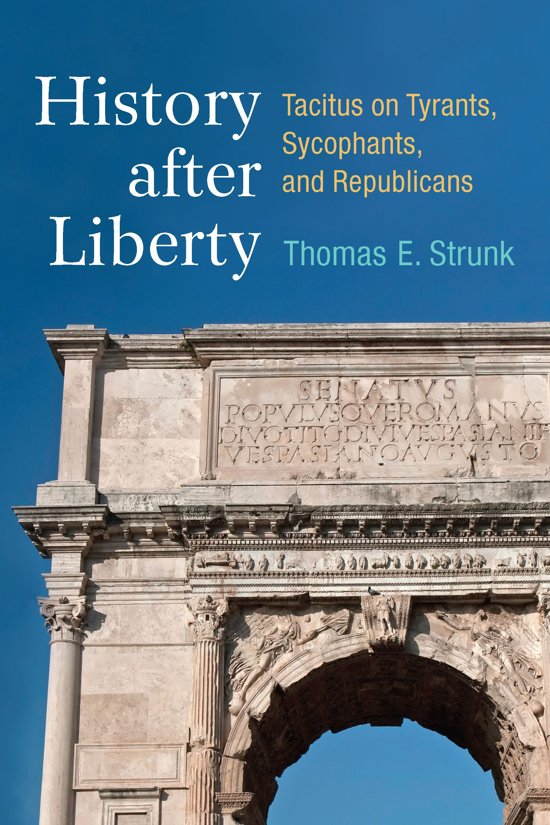 Roman historian Tacitus wrote a damning critique of the first century CE Roman empire. The emperors in Tacitus' works are almost universally tyrants surrounded by flatterers and informants, and the image Tacitus creates is of a society that has lost the liberty enjoyed under the Roman Republic. Yet Tacitus also poignantly depicts those who resist this tyranny and seek to restore a sense of liberty to Rome. In his portrayal of autocrats, sycophants, and republicans Tacitus provides an enduring testament to the value of liberty and the evils of despotism.

History after Liberty explores Tacitus' political thought through his understanding of liberty. Influenced by modern republican writers such as Quentin Skinner and Philip Pettit, this study defines Tacitean libertas as the freedom from the rule of a dominus and as freedom to participate in the traditional politics of Rome through military service, public service in the senate and magistracies, and public speech. All of these elements are balanced in Tacitus' writings with examples of those resisting the corruption of politics in an effort to restore a sense of free civic engagement. The work concludes with an exploration of Tacitus' own writings as an act of restoring liberty. In contrast to most studies on Tacitus, History after Liberty argues that Tacitus is a republican who writes both to demonstrate that Rome had become a tyranny and to show a way out of that tyranny.

History after Liberty addresses the political thought of Tacitus' writings. As such it will be of most interest to those who study the history and historiography of the early Roman empire, namely classicists and ancient historians. The work will also be of use to those interested in the antecedents to modern political thought, particularly the history of republicanism and freedom; readers from this category will include political scientists, philosophers, and modern historians.

Strunk argues methodically, carefully and through an engagement with scholarship ranging from Classics to political philosophy to political science. The result is an important book that scholars of Tacitus, Roman political thought and the early empire will take seriously. --The Classical Review-- (05/14/2018) A useful and highly readable introduction to Tacitus and notions of libertas, demonstrating how libertas for Tacitus is continually tied back to service to the res publica and how Tacitus's language recalls particular images of the Republic. --American Historical Review-- (05/08/2018) In its focused argumentation and expanded analyses of Tacitean exempla, History after Liberty is a helpful addition to scholarship on Tacitus and the concept of libertasas represented by Roman historians. --Bryn Mawr Classical Review-- (10/20/2017) Provocative, to say the least ... Worth reading and debating particularly by scholars who study Tacitus, and also by those who are concerned with the boundaries between Republic and Principate. --Classical Journal-- (04/20/2018)
Toon meer Toon minder